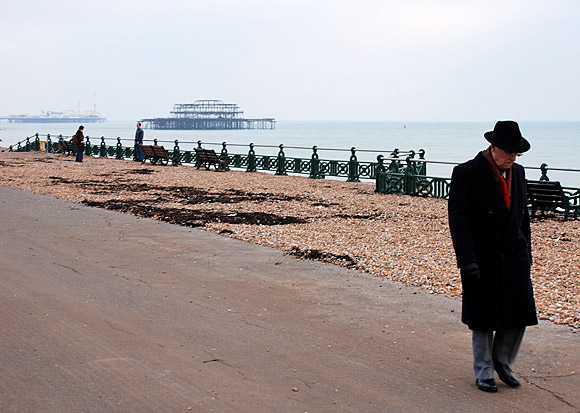 I fell in love with this pier when I first saw it used as a backdrop for some of the photos in the photo supplement that accompanied The Who’s Quadrophenia double album.

The elegant, Grade I listed pier with its trademark neon ‘WEST PIER’ lettering on the concert hall had brought pleasure to millions over the years, but, sadly, I never got to walk on its wooden promenades. 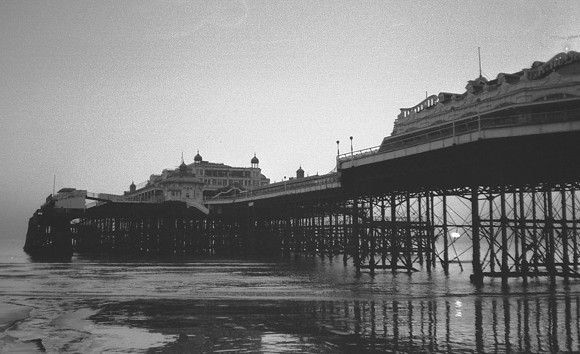 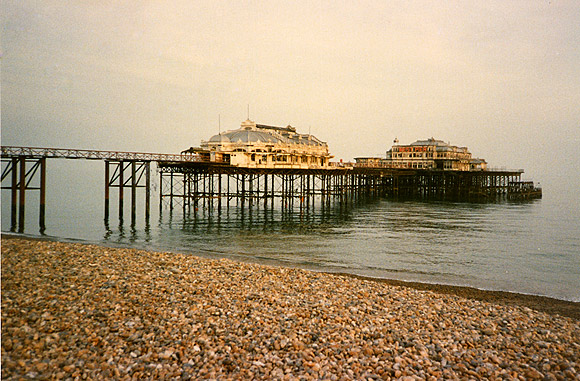 Designed and engineered by Eugenius Birch, Brighton’s West Pier opened in 1866 as a simple promenade pier.

Over the years, it developed into a fully-fledged seaside entertainment destination, offering a theatre, concert hall, pavilion, bandstand, shops and steamer landing stages. 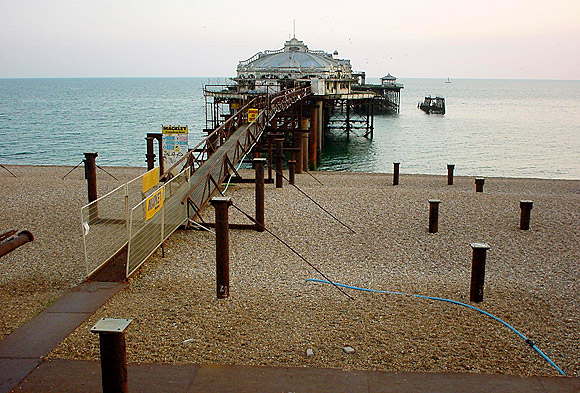 After the second world war, the West Pier slumped into decline.

With Brits preferring Sombreros and Sangria to Double Diamond and Kiss Me Quick hats, the neglected pier fell into disrepair, and was declared unsafe and closed to the public in 1975. 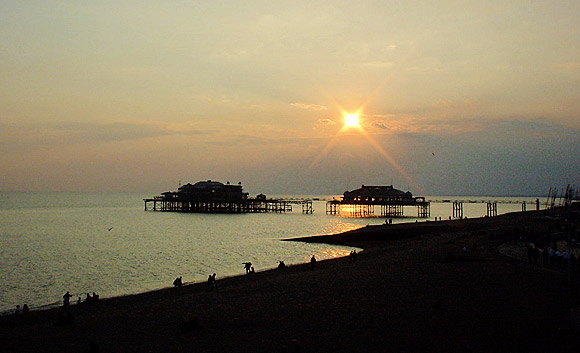 Locals immediately launched a battle to revive the pier, and after the granting of a £14.2m Lottery award in 1998, there was real hope that this beautiful old pier would return to life.

The grant came through despite robust challenges from the nearby Palace Pier who, I imagine, weren’t exactly wailing into their beer when the south east corner of the Concert Hall fell  into the sea after a huge storm in December 2002, swiftly followed by two dodgy arson attacks in 2003. 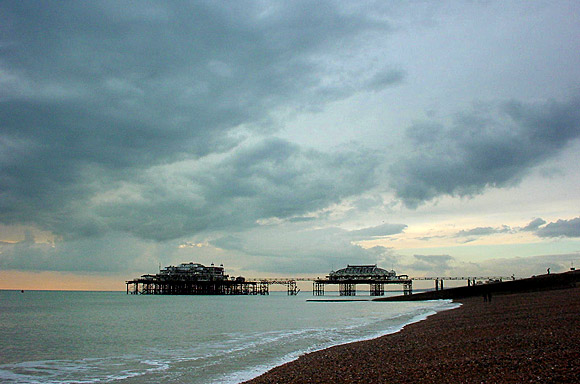 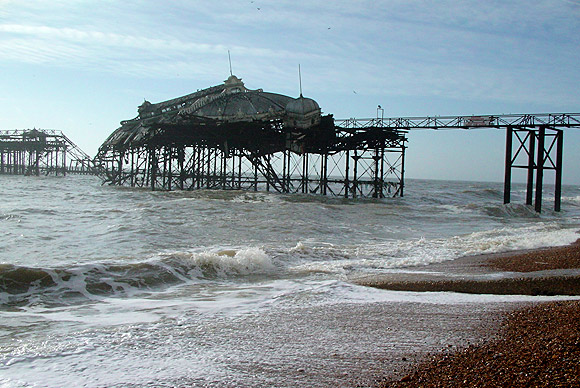 The pier seen shortly after the calamitous collapse of the Concert Hall. 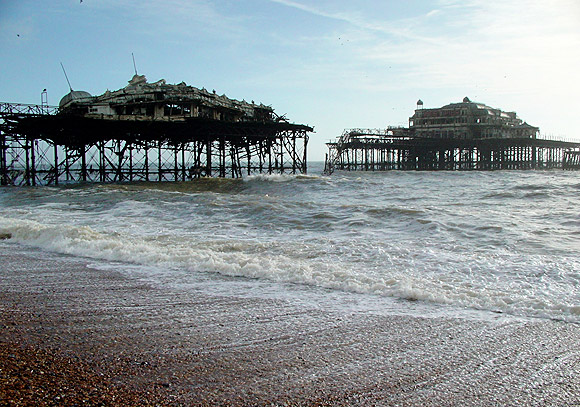 Although the damage to the Concert Hall was critical, the Pavilion remained in relatively good condition.

On 28th March 2003 the Pavilion was destroyed in an arson attack, and when the Concert Hall also was burnt out deliberately on 11th May 2003, any hope of restoring the pier to its former glory was lost. 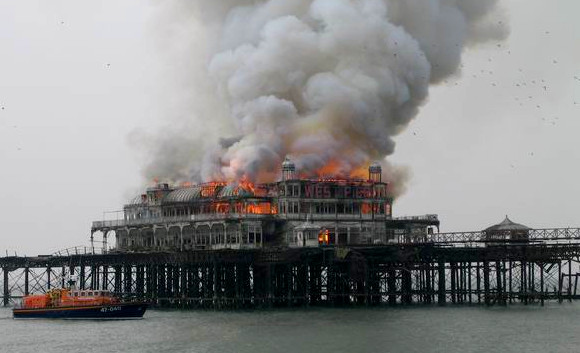 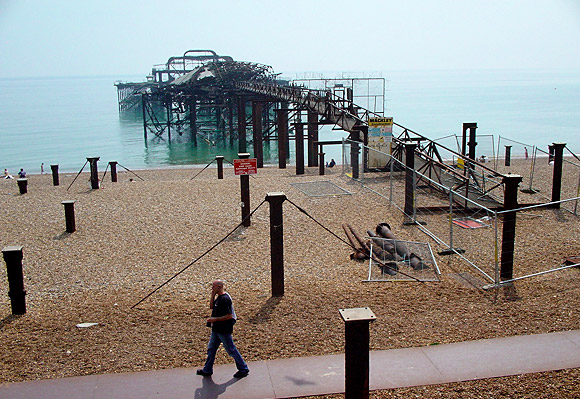 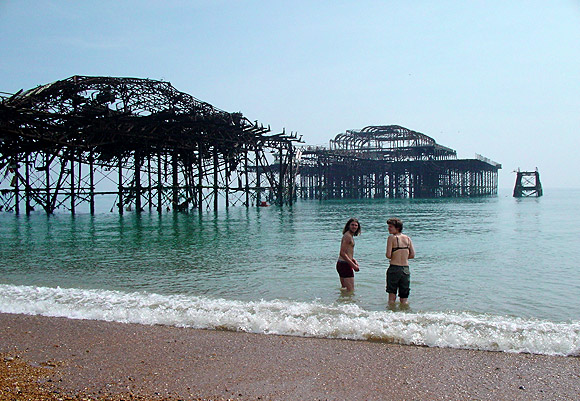 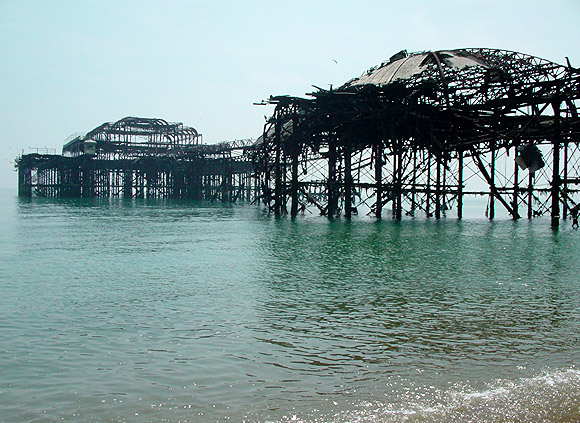 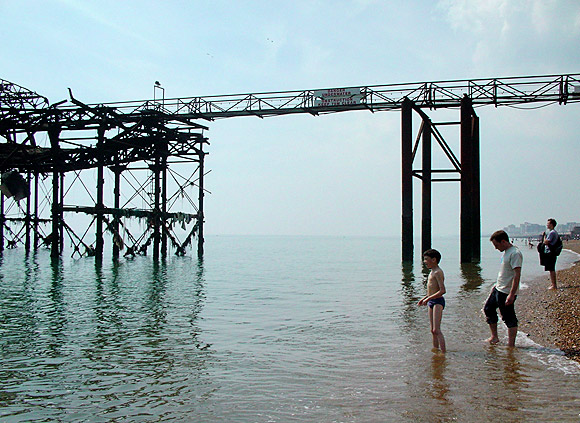 Part two: Further decline and a collapse into the sea
Part three: End of the pier and its i360 successor

14 Comments on “Remembering the Brighton West Pier in photos, part one”