On the day that a Walmart worker in Valley Stream was crushed to death by a stampeding mob of frenzied shoppers, the Rev Billy and his motley group of elves held an anti-consumerist gathering in Union Square.

The Reverend, looking dapper in an all-white suit, delivered his sermon a the circle of listeners, all holding hands.

The Revd told the crowd that he’d been to Macy’s at Herald Square and noted that the Black Friday shoppers were twenty five per cent down from last year – news that sent the crowd a-whooping.

“Something very exciting is happening,” he bellowed. “This economic system… is stunned, in retreat.”

A brief prayer was held for the killed store clerk, before the Rude Mechanical Orchestra started up, “turning Union Square into a dancing zone and not a shopping zone” as the band lead a conga line around the perimeter. 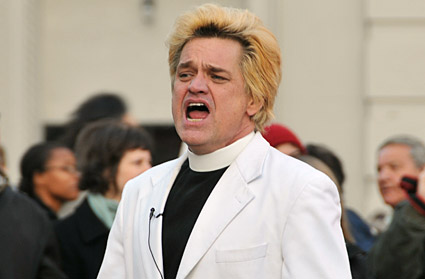 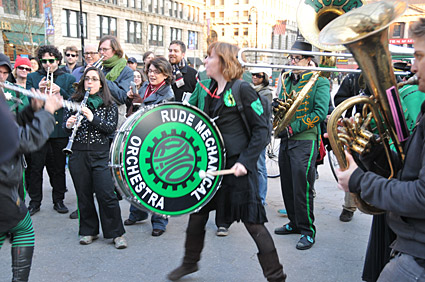 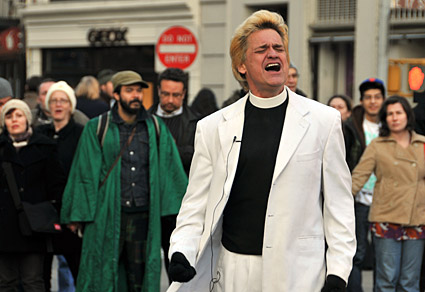 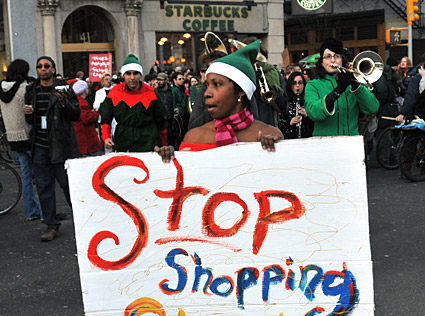 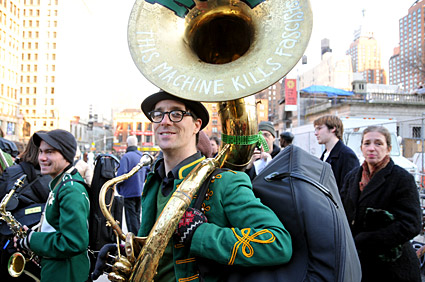 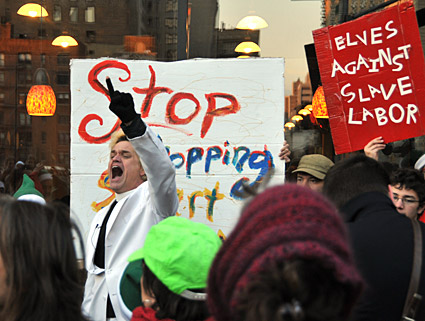