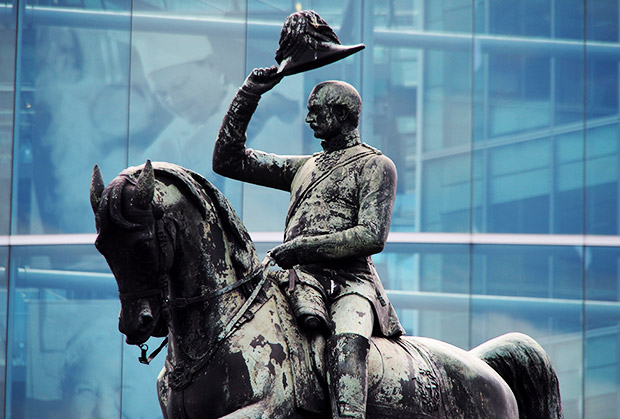 Frozen in a state of permanent hat-doffing is Prince Albert, who can be seen stuck atop a horse in splendid isolation on a traffic island at Holborn Circus, central London, EC1. 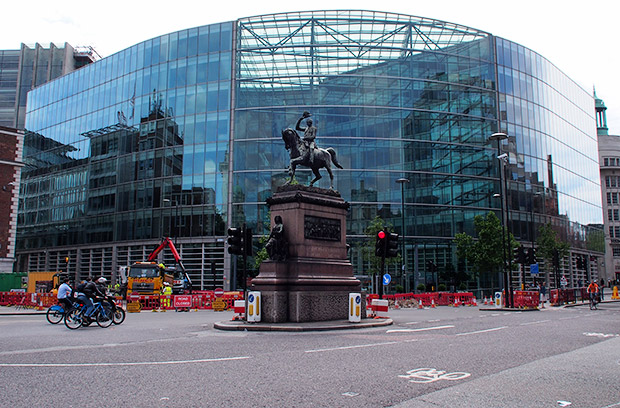 Captured in a Field Marshal’s uniform and holding aloft a cocked hat, the statue was presented to the City of London by merchant Charles Oppenheim. 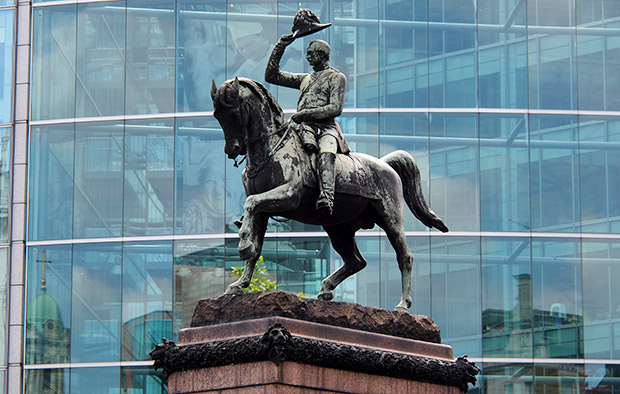 Unveiled in 1874 – 13 years after Albert’s death – the sculpture stands on an oblong plinth showing plaques of Britannia and the man formerly known as Albert of Saxe-Coburg-Gotha (his surname was swiftly changed to something less Germanic after the outbreak of the First World War).

Around the plinth can also be found bronze figures representing commerce and peace, but the London’s Monuments guidebook correctly points out that, “the grandest monuments to Prince Albert are to be found either side of the Royal Albert Hall.”

Offline at the Prince Albert

One Comment on “Say hello to Prince Albert at Holborn Circus, central London”