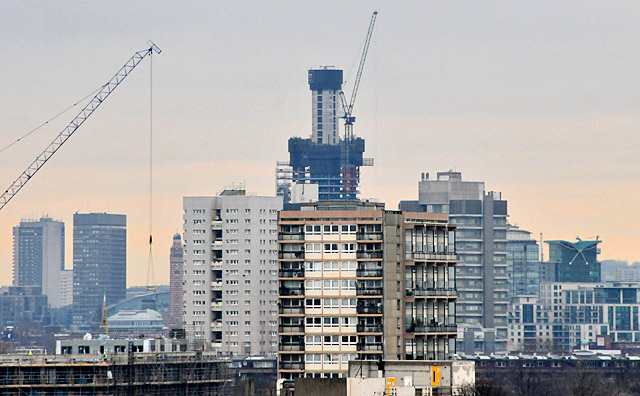 Currently rising into the skies at Vauxhall is the St George Wharf Tower (aka The Tower), which will be the tallest residential building in the UK when completed. 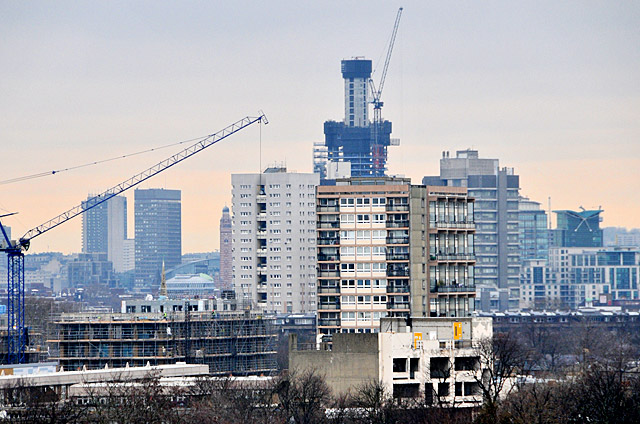 Set to be completed in 2014, the skyscraper will stand 181 metres (594 ft) tall with 49 storeys, and will apparently be topped off with a wind turbine, which will power the tower’s common lighting (let’s hope the turbine performs better than the rarely functioning one at the Strata Tower).

Developed by St George (who have modestly named the tower after themselves), the project was designed by Broadway Malyan and will host 207 apartments. 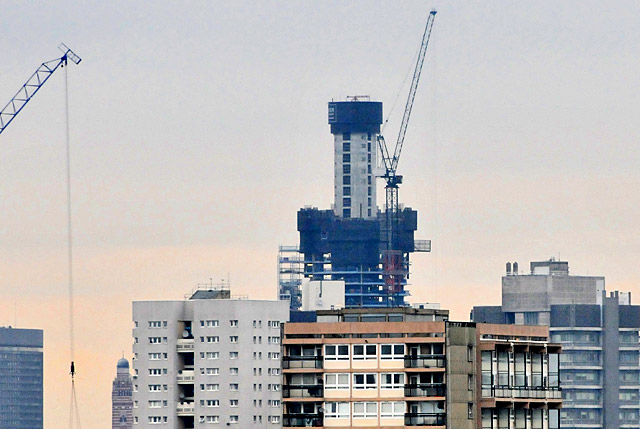 The developers are keen to big up the tower’s eco credentials, saying that water will be drawn from the London Aquifer into the base, with heat pump technology used to remove warmth from the water in the winter to heat the apartments.

It’s also claimed that the triple-glazed  tower will require one-third of the energy compared to a similar building, with CO2 emissions being between one half and two-thirds of normal emissions. 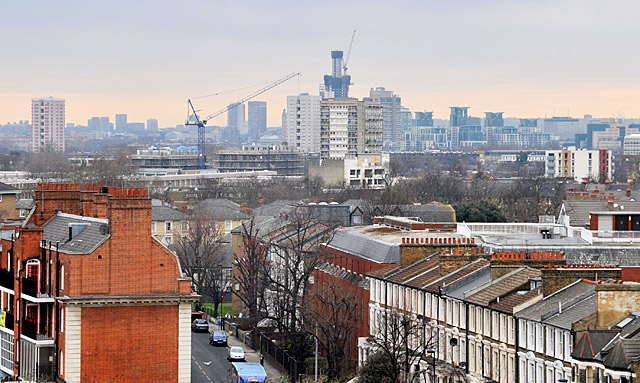 The tower seen from Brixton. 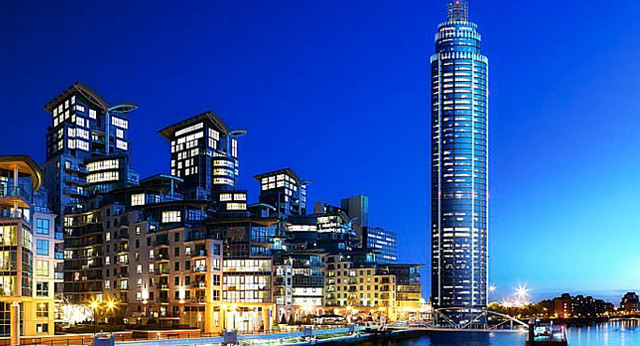 The well heeled residents will enjoy a dedicated concierge service, with the developers promising that:

Every aspect of living has been planned for at the Tower to ensure that residents are
able to maintain business and leisure activities with ease, privacy and discretion. 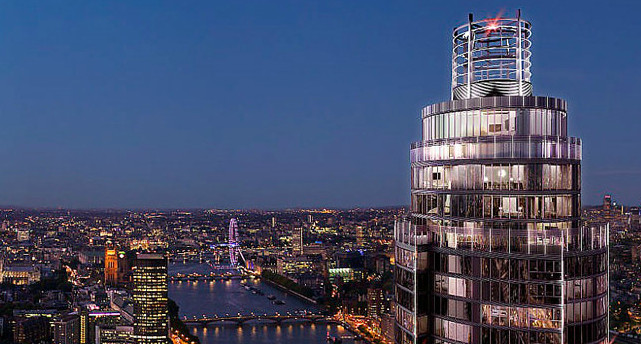 Not everyone was pleased to see this tower getting the go ahead, with some controversy lingering over the tower’s height and its proximity to the Palace of Westminster.