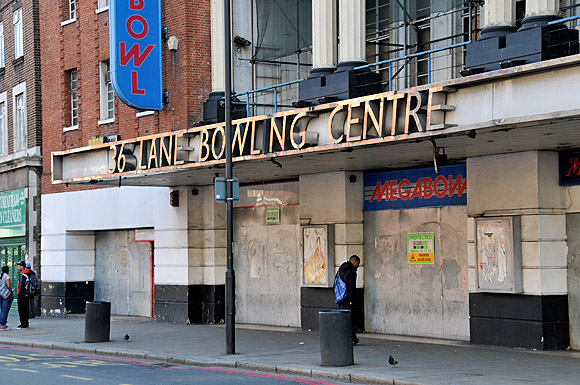 Things aren’t looking too good for Streatham residents at the moment, with the High Road peppered with closed down swimming baths, cinema and clubs. 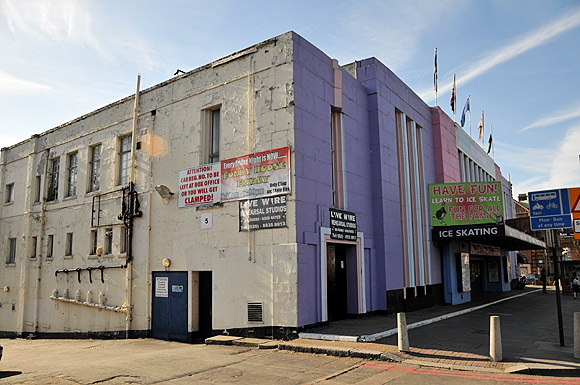 It’s been providing entertainment for the south Londoners for 80 years, but this famous Streatham  ice rink will be closing its doors soon, with the site to be flattened as part of a controversial Tesco superstore project, called the Streatham Hub [See Lambeth plans]. 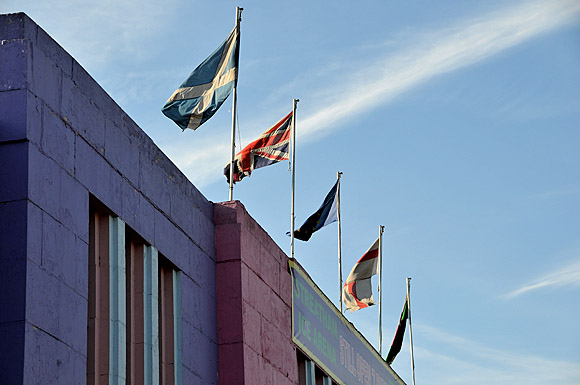 Locals were originally promised that the ice rink would stay open while a new rink and leisure centre was constructed – thus ensuring that ice skating facilities would always be available to locals.

After some shaky sounding shenanigans, this guarantee suddenly evaporated, so that the current building will be demolished and a temporary rink built in Popes Rd, Brixton, ostensibly for three years (but everyone suspects it’ll be around for a lot longer than that).

Brixton market traders were incensed with the proposals too, arguing that the temporary rink would take over much-needed car parking space in the centre of Brixton. 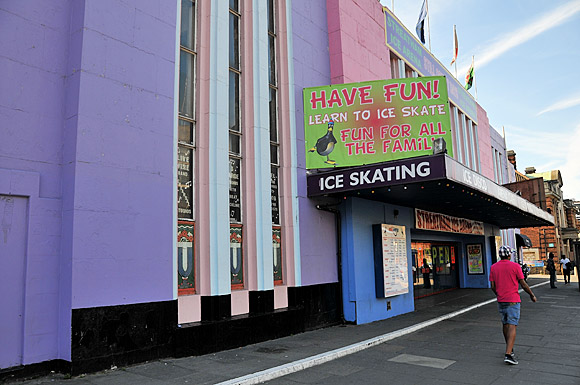 Although skaters have every right to be deeply annoyed, The Evening Standard managed to put a particularly cataclysmic spin on events, predicting rivers of blood as a result of the move to Brixton. 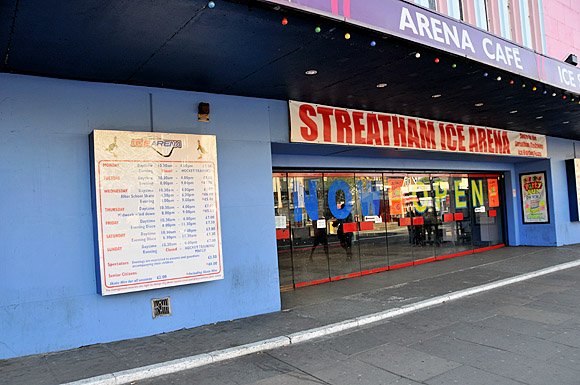 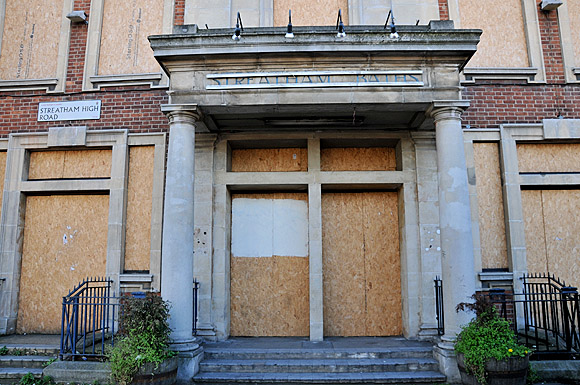 Right next to the doomed ice rink is the dilapidated Streatham Leisure Centre, which has been boarded up since November 2009. 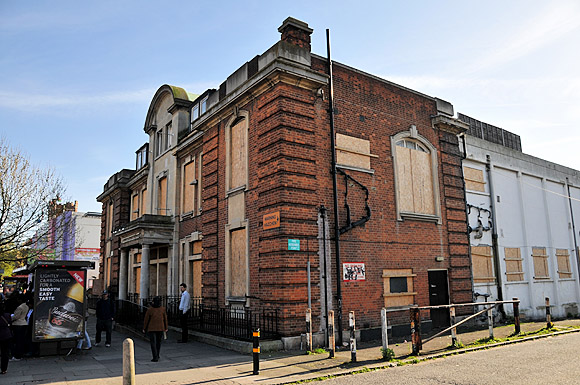 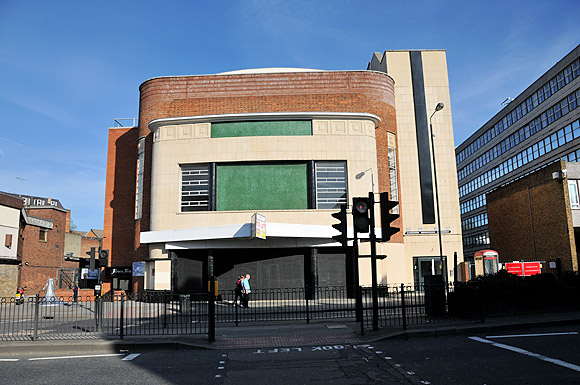 Renamed the ABC in 1960, this grand picture house closed in December 2000. Squatters briefly moved in and put on some banging rave parties before the inevitable arrival of developers and conversion into flats. [More info] 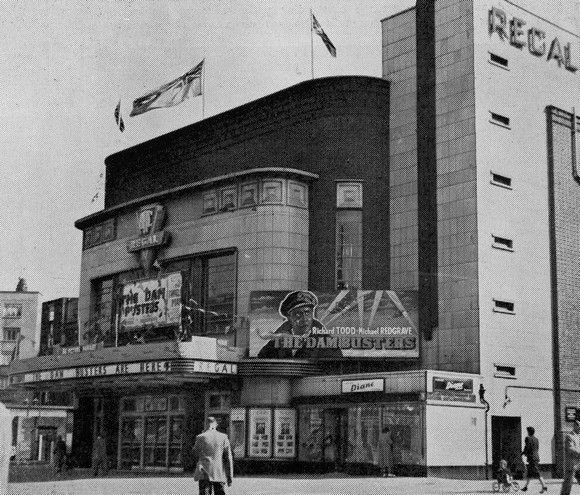 The Regal in happier days. The Dambusters film dates this picture to around 1955. 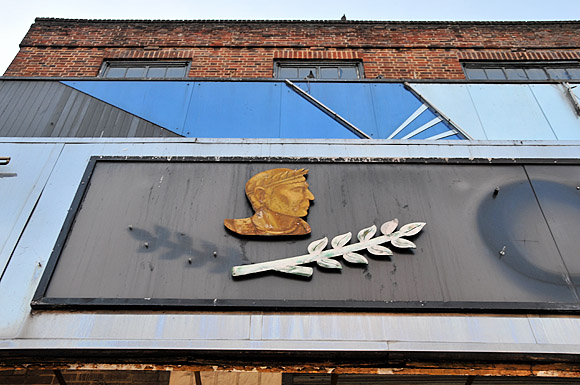 Once furnished with a large, flamboyant  sculpture of four Roman Chariot horses over the entrance canopy, plans to demolish and redevelop the site of  Ceasars nightclub and Streatham Megabowl have stalled, leaving locals to gaze at a particularly tatty facade. 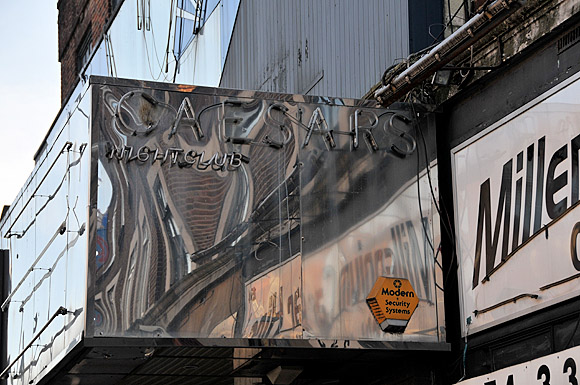 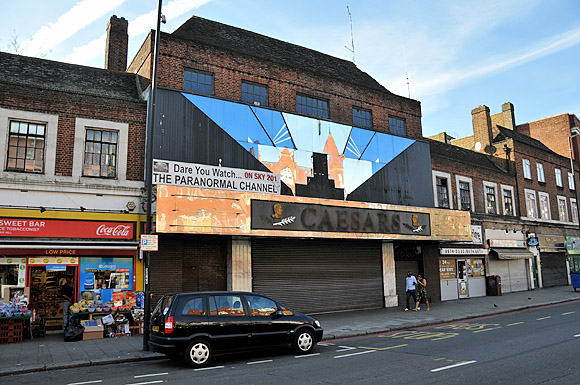 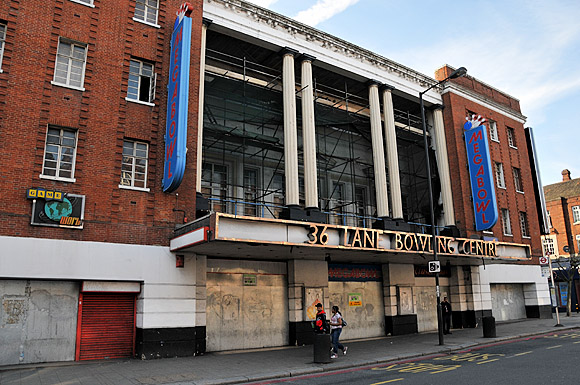 The Megabowl is also boarded up as it awaits its (oft-delayed) fate. 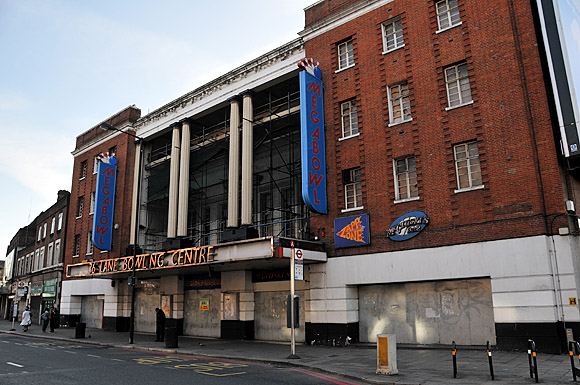