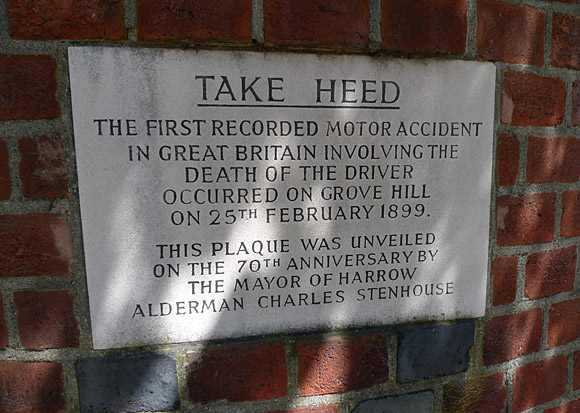 En route to the boozer before Saturday’s Championship play off final at Wembley, I passed this plaque on a wall in Grove Hill, Harrow on the Hill.

The dead driver was 31-year-old engineer Edwin Sewell, whose 6HP Daimler crashed into a wall after a rear wheel collapsed following a rim breakage.

Sewell died instantaneously, while his passenger, Major Richer, was thrown from the vehicle and suffered such serious injuries that he died three days later in hospital.