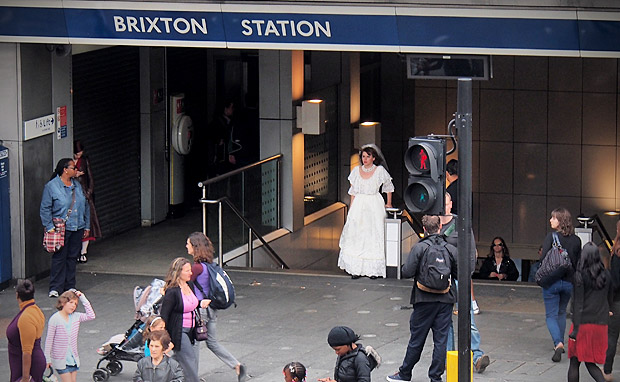 I’m hoping that there’s  a fascinating story behind this scene snapped at Brixton tube station today (“spurned bride tries to track down husband on the streets of Electric Avenue), but I suspect it’s more likely to be some hipster photo shoot or some ghastly advertising stunt. 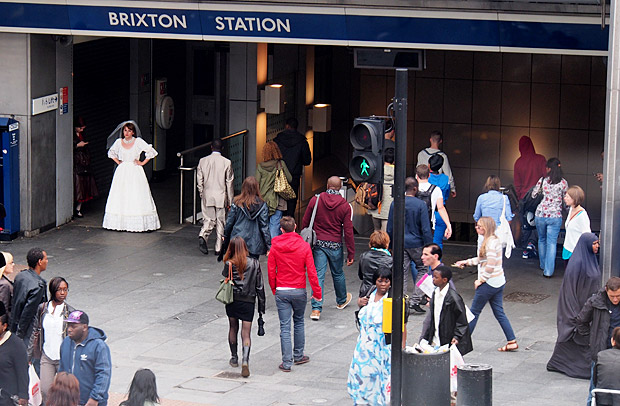 Whatever the reason, it made for some good street art, although I suspect that the complete indifference shown by many passers-by may have made for less striking photos. 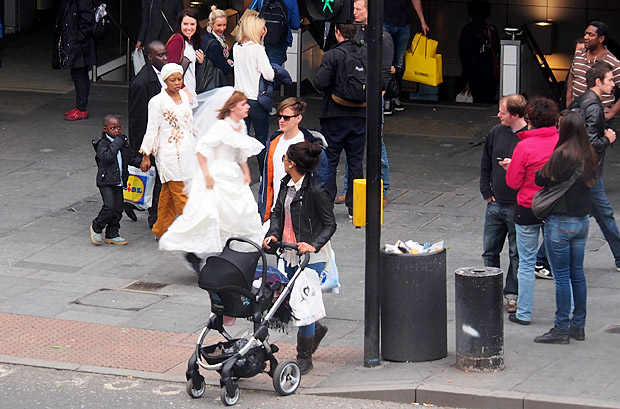 Update: Thanks to a Twitter update, I can reveal that the filming was for a short film for the Effort Collective.

The Collective are a, “DIY initiative based in Brixton. Comprised of resident artists and guest contributors, we create cutting-edge art with minimal funding. Pooling the talents of our members, we work together to produce music, film and theatre.”

Find out more about them here: Effort Collective. 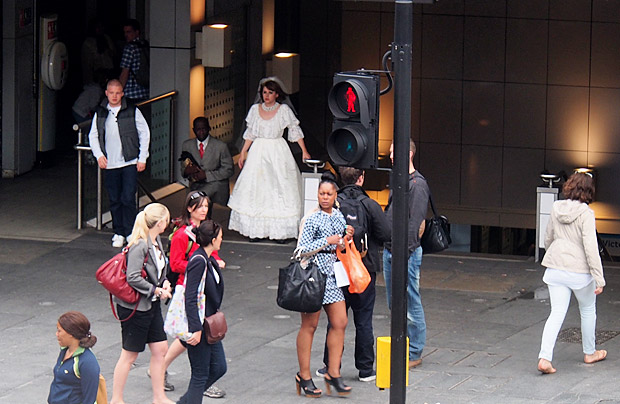 Brixton tube station back in the day – Travelcard hustlers, drinkers and shouty types

One Comment on “The bride of Brixton tube station”