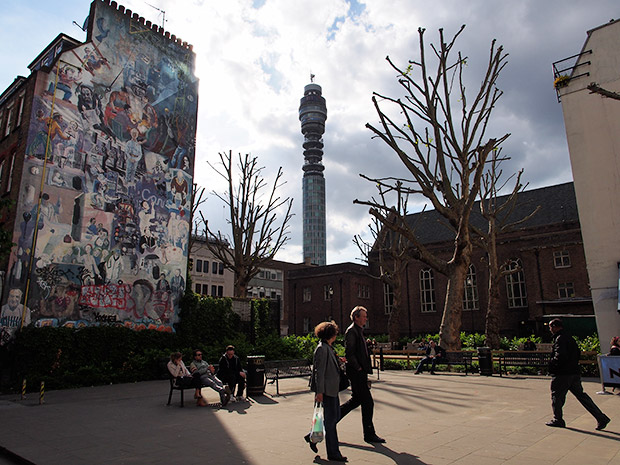 Towards the northern end of Tottenham Court Road can be found a public open space called Whitfield Gardens, which is dominated by a large outdoor painting known as the Fitzrovia mural. 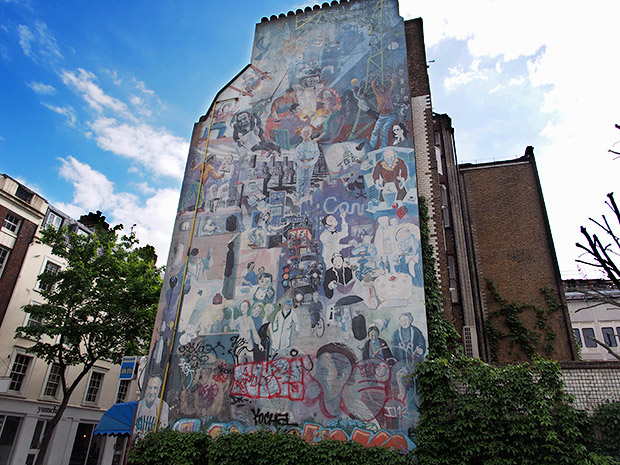 Painted in 1980, the mural depicts various unnamed characters of Fitzrovia and greedy speculators, with the top half painted by Mick Jones (son of the late Jack Jones, trade union leader)  and the bottom half by Simon Barber. 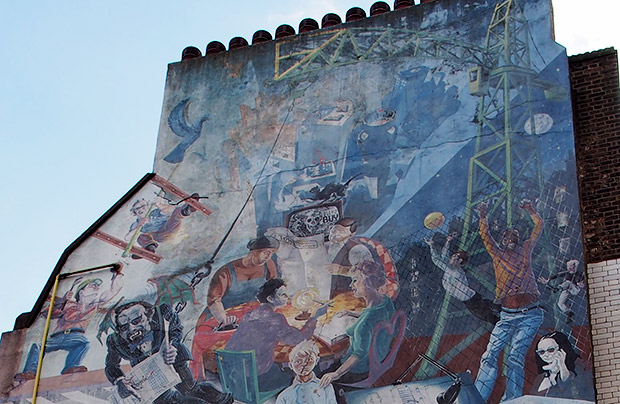 Standing over 60 feet high, time hasn’t been too kind to the mural, and it presents rather a sad spectacle these days, with graffiti covering the bottom half and much of the paintwork looking faded. 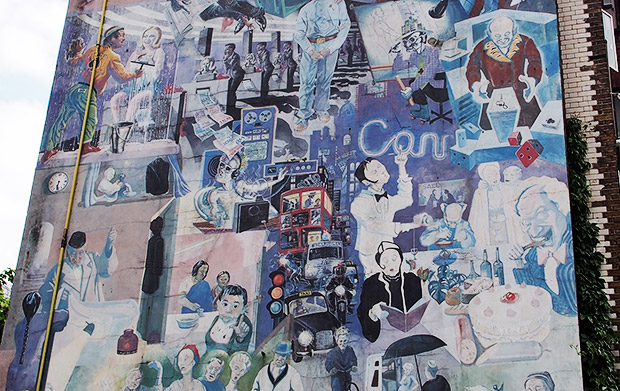 There is a proposal to restore the mural, led by the Fitzrovia Neighbourhood Association, and the London Mural Preservation Society.

I wish them well because it would be a real shame to lose this splendid piece of public art. 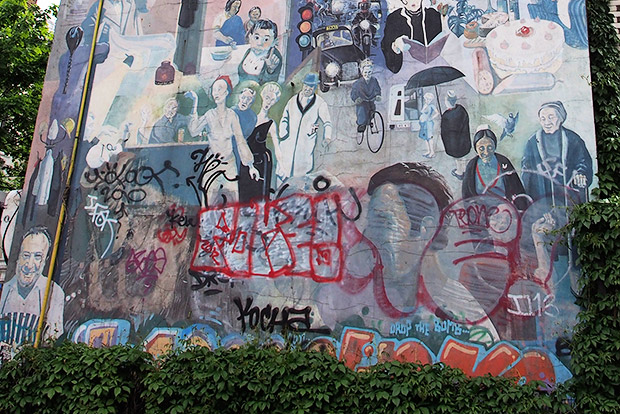 Tottenham Court Road reopens on the 28th Nov. TfL lob out a work in progress video