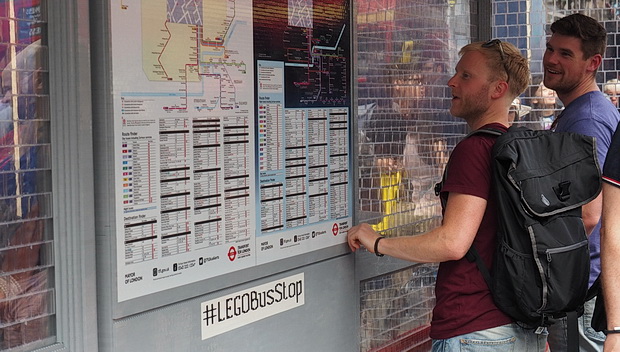 It’s officially London’s Year Of The Bus and there’s been a host of events around the capital to celebrate the wonder of omnibuses.

On Sunday, Regent Street was closed off to traffic and dozens of buses – some dating back to the 1820s – were put on display along the road (expect a photo feature on those soon!).

Outside Hamley’s Toy Shop, a bus stop made out of more than 100,000 Lego bricks was built, and it’s currently being used as a real, working stop, serving nine routes. 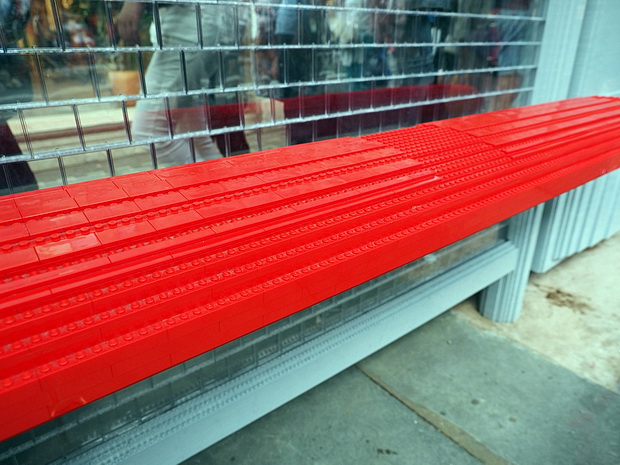 The stop was created as part of the celebrations for Transport for London’s (TfL) Year of the Bus, which celebrates 60 years since the creation of the iconic Routemaster, 75 years since the launch of the RT-Type bus and a century since the world’s first mass-produced motor bus, the B-Type ‘Battle Bus’ went into service carrying soldiers to the frontline during the First World War. 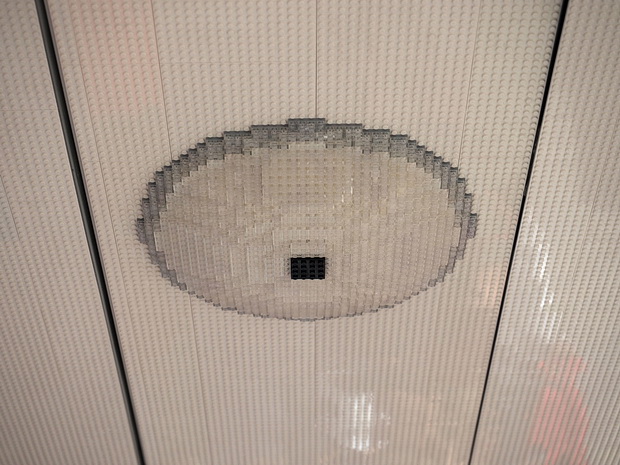 A TfL spokesman said that the Lego bus stop is due to be taken down on July 15, although it could be retained in the long-term if it is not “tampered” with – something that may prove an overwhelming temptation to a late night drunk.

Here’s some more views of the Lego bus stop: 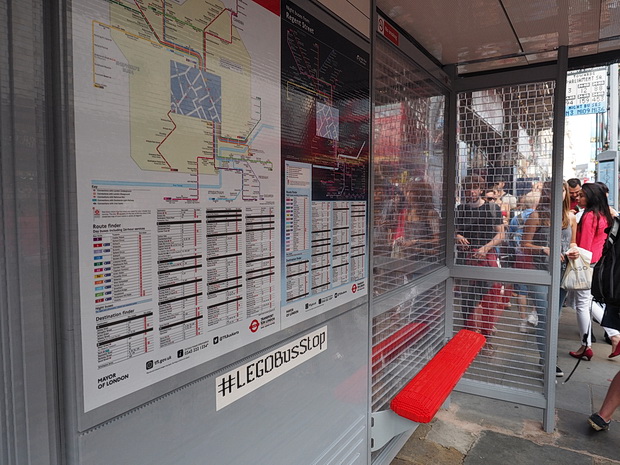 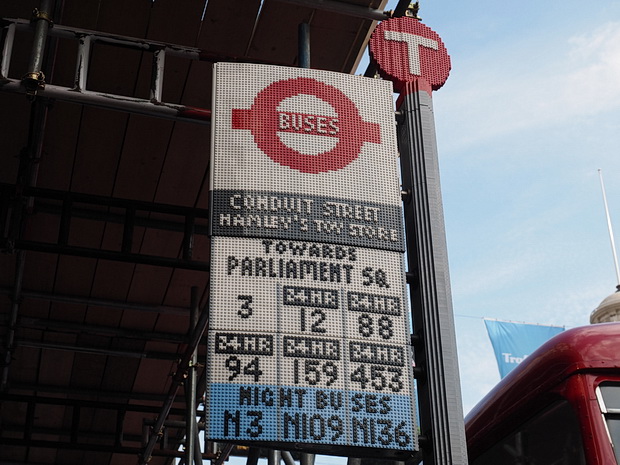 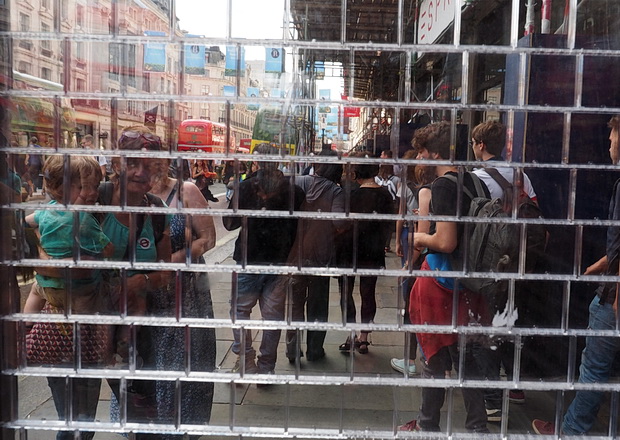 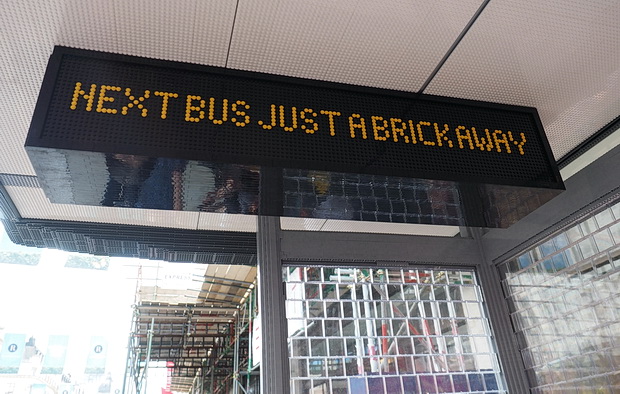 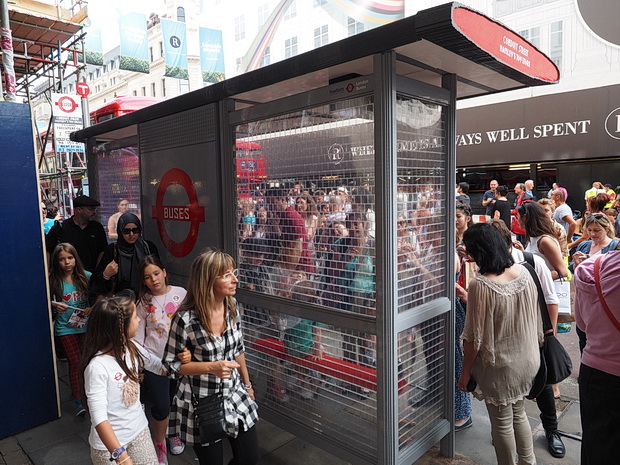 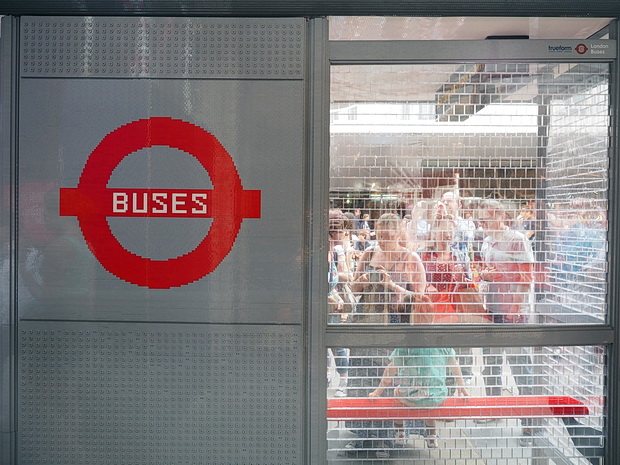 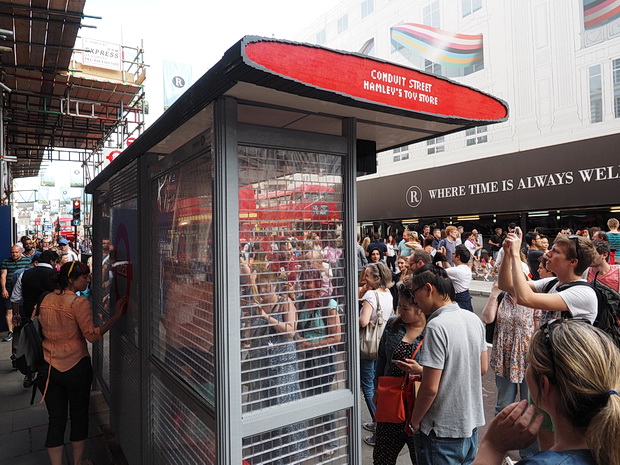 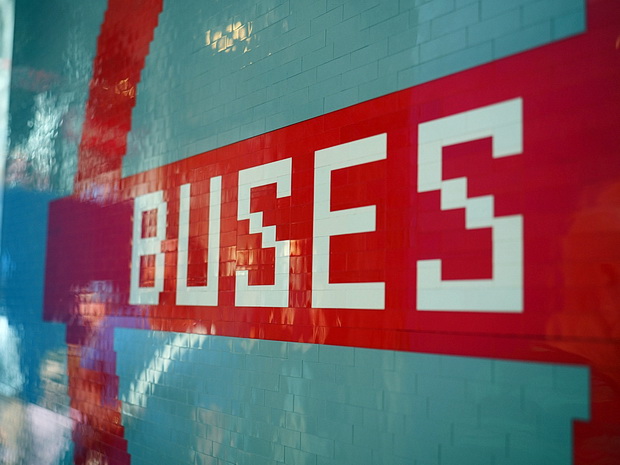 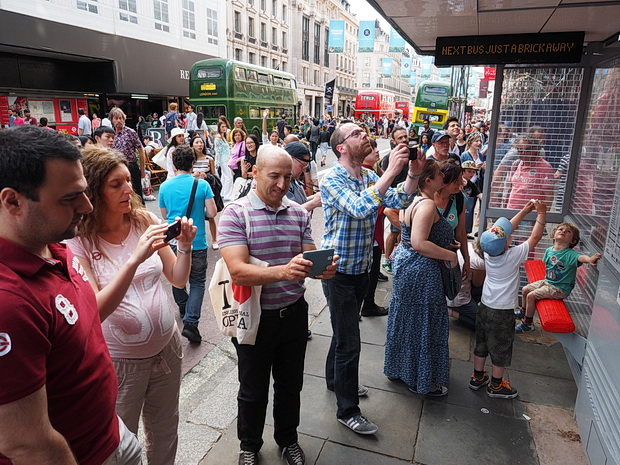 [Year Of The Bus at TfL]