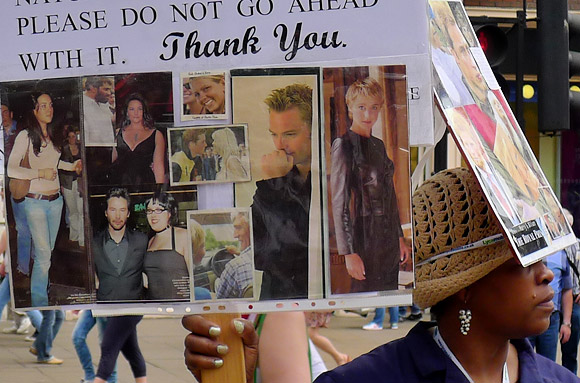 There were all sorts of protests and expressions of disinterest towards last weekend’s Royal Wedding, but this one-woman campaign seen on Oxford Street had to be the strangest. 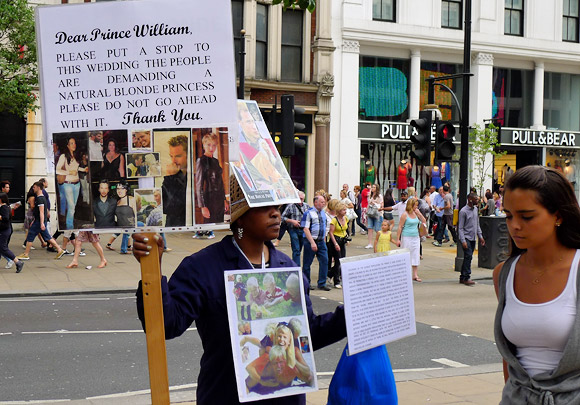 Spotted a few days before the wedding, the lady was holding up a collection of photos of blond and brunette celebrities, with a placard asking Prince William “to put a stop” to the wedding because – apparently – “the people are demanding a natural blonde princess.” 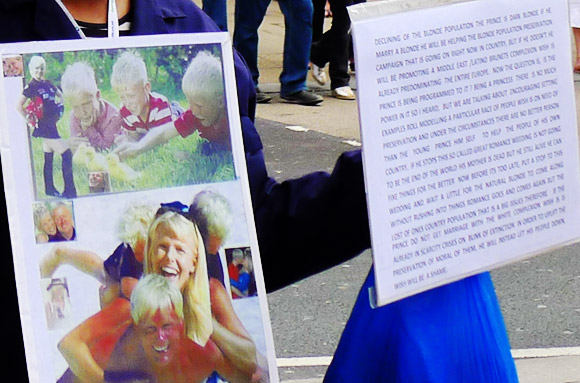 I think it’s fair to say that her argument was a little, shall we say, hard to follow, but it seemed that the lady was against William marrying Kate Middleton because it would promote the “Middle East/Latino Brunette complexion” which is, “already predominating the entire Europe.”

Her banner also explained she was worried about the ‘decline in the blonde population’. 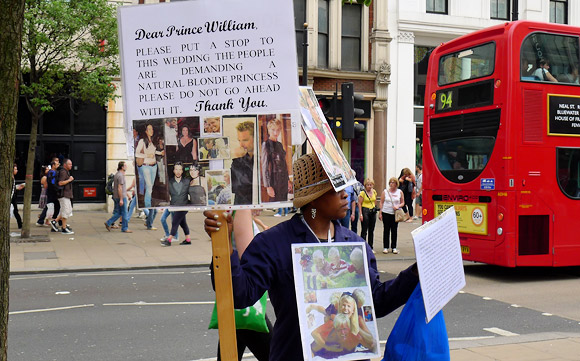 In response to the news of Will & Kate’s new baby: the greatest anti-royal rant ever