Last week I took another trip up the Shard skyscraper in London Bridge, this time courtesy of a tech press launch I was invited to.

The launch took place in the ultra-plush environs of the Shangri-La Hotel, which occupies floors 34 to 52 of the tallest building in the European Union. 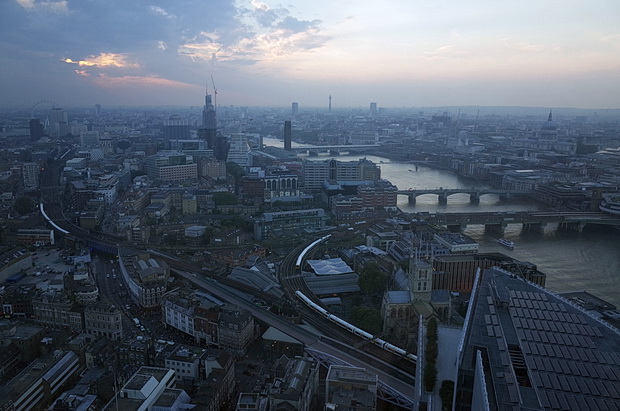 We were whisked up in a super fast lift from the main, marble-clad lobby area to the Shard’s 35th floor in just 28 seconds and were rewarded with fantastic sunset views over the capital. 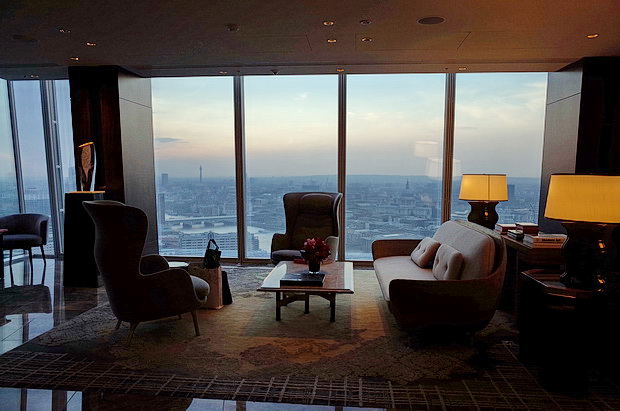 The hotel has 202 guestrooms and suites, with 17 coming with a personal butler service for the severely loaded (and lazy). 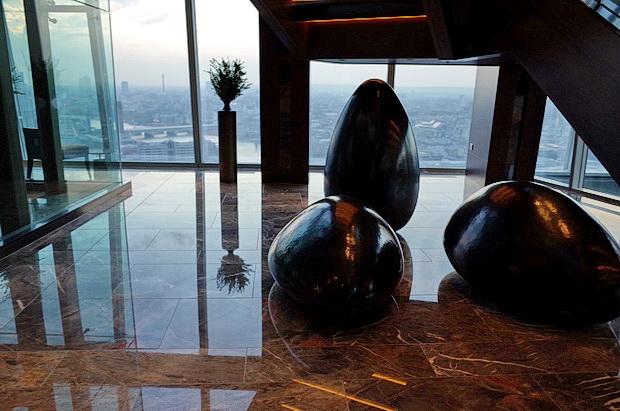 Inside, the fittings and furnishings were suitably luxurious.

With ‘entry-level’ rates at the hotel starting at £450 per night (excluding breakfast), this isn’t a place for oiks to tarry. 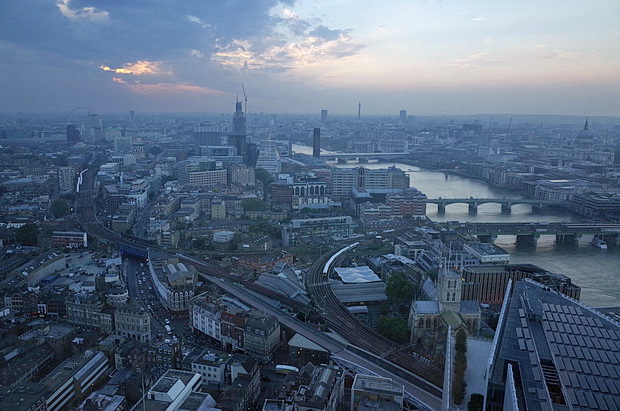 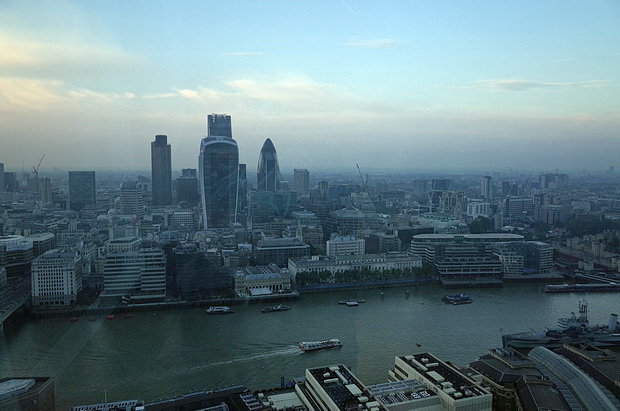 Looking north, with the view dominated by the controversial lines of the Walkie Talkie building, which hit the headlines on account of its car melting heat rays. 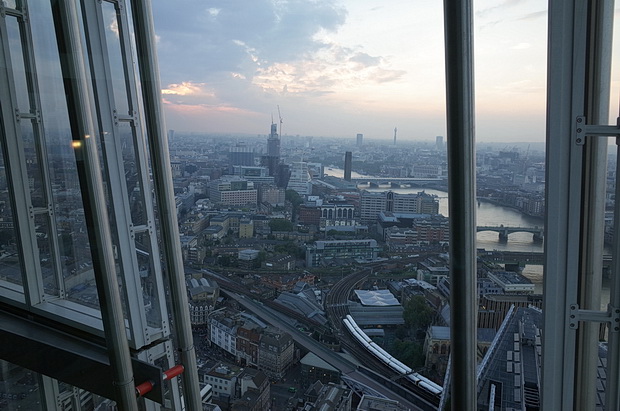 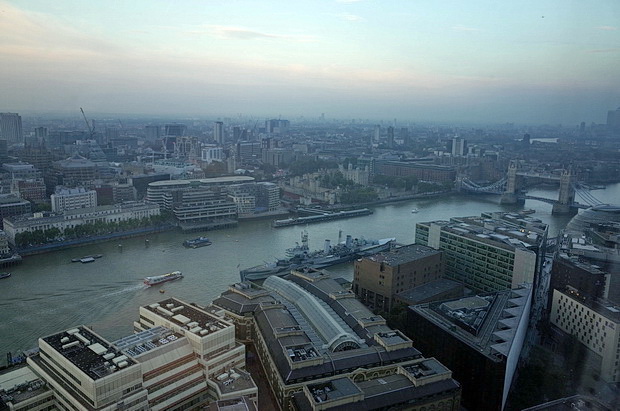 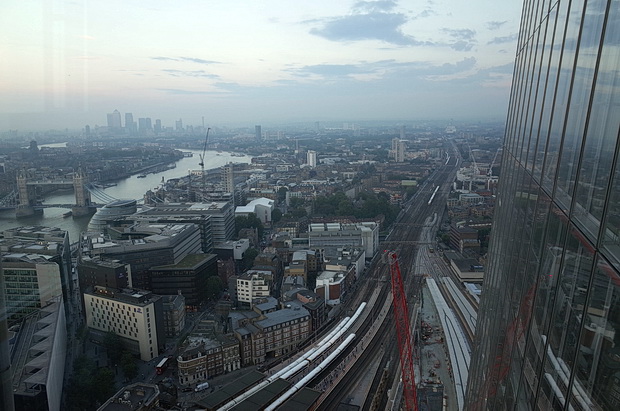 Looking down to London Bridge station. 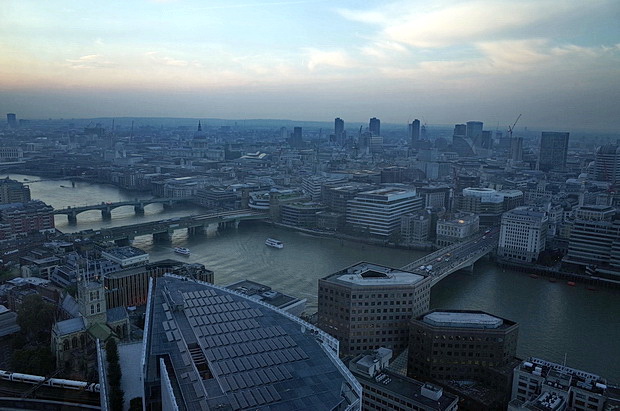 Bridges across the Thames. 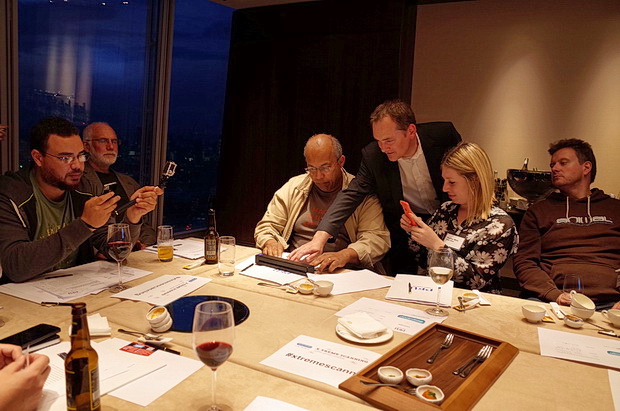 Despite the relentless enthusiasm of the guy hosting the event, there really isn’t that much scope for excitement at the launch of a portable scanner.

Even an invitation to compare and admire the updated circuit board and hold the all-new,  improved battery failed to uplift spirits, but happily the free drink and tasty snacks on offer pleased the assembled journalists.

The guy to the right was particularly fond of the pudding, wolfing down no less than four portions in swift succession. 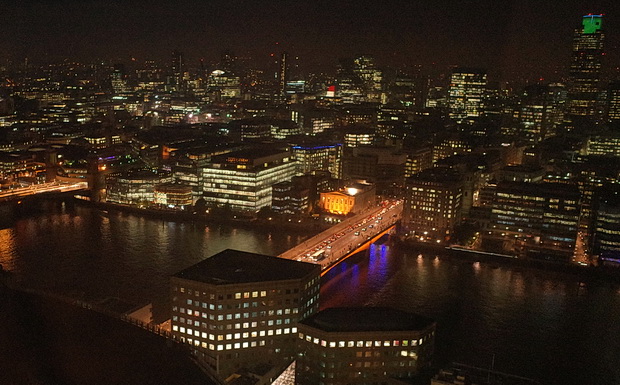 With the presentation over, all eyes looked out from our lofty perch to admire the lights of London below us. 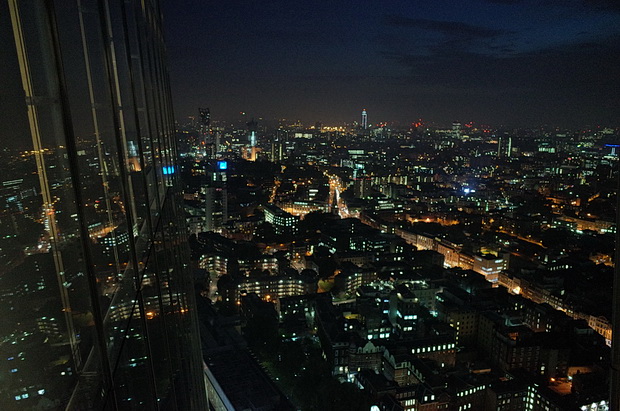 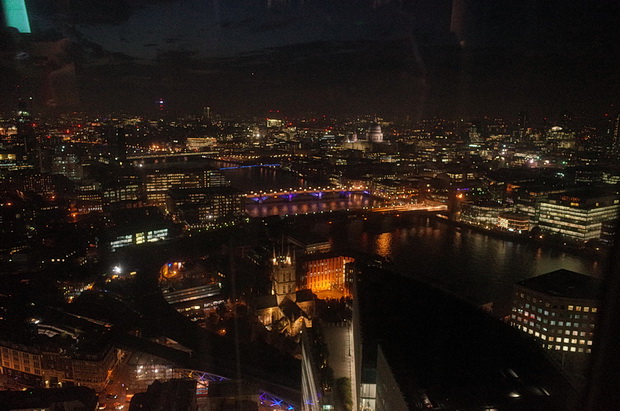 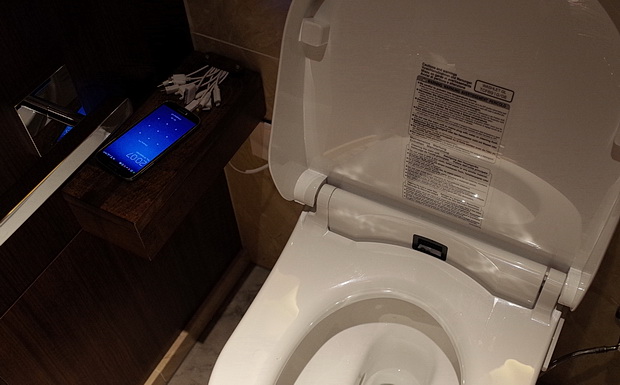 The star of the show for me wasn’t the scanner but this ridiculously high tech Japanese Washlet GL toilet that came with a preheated seat and a built-in phone charging station – and that wasn’t all. 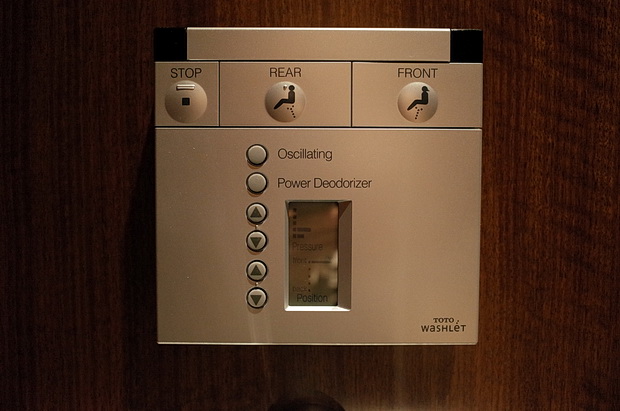 Attached to the wall was an electronic control panel for the toilet, which let you choose a rear or front burst of  hot water, with the option to adjust the power or even go for an ambitious oscillating pattern.

When you’re finished, a power deodorizer ensures that your botty is the sweetest smelling thing in town. 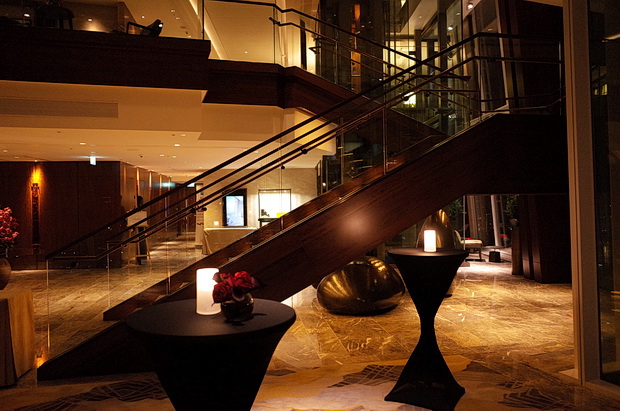 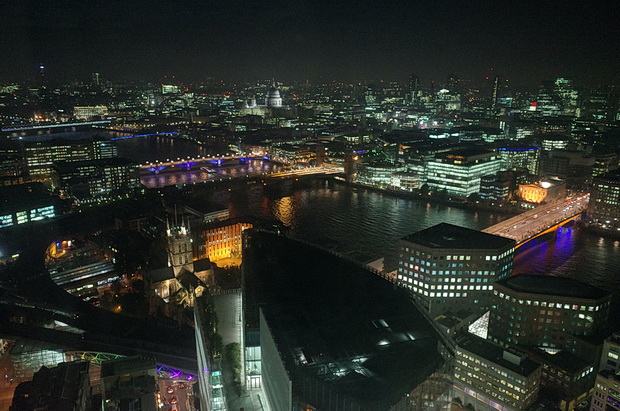 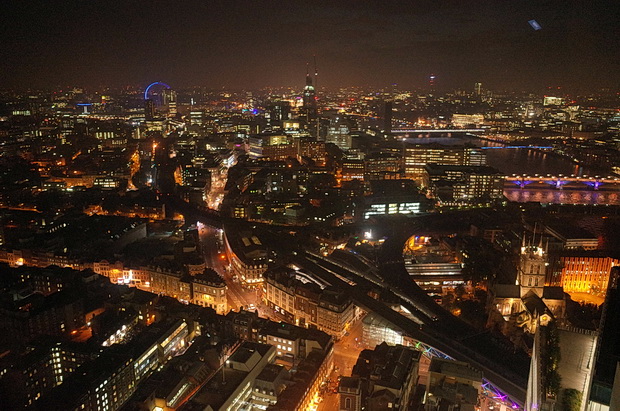 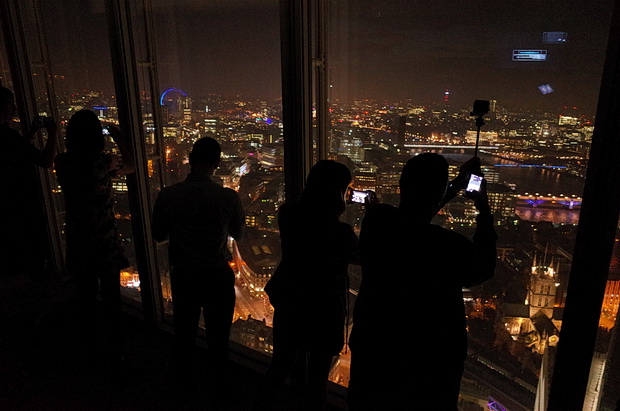 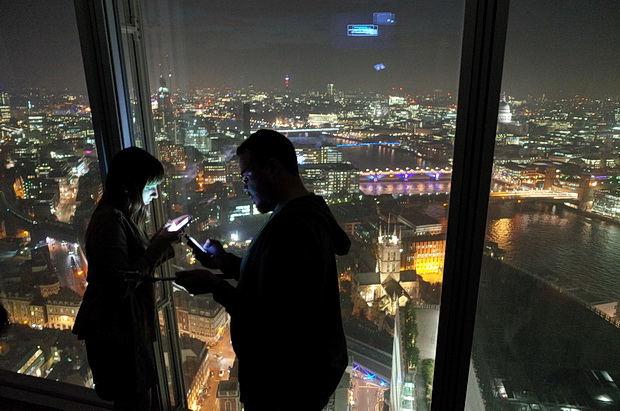 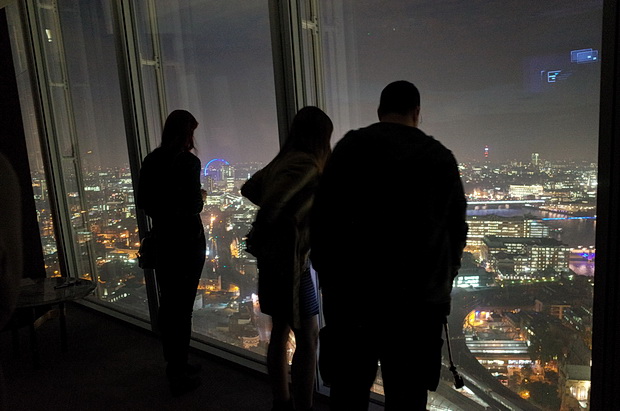