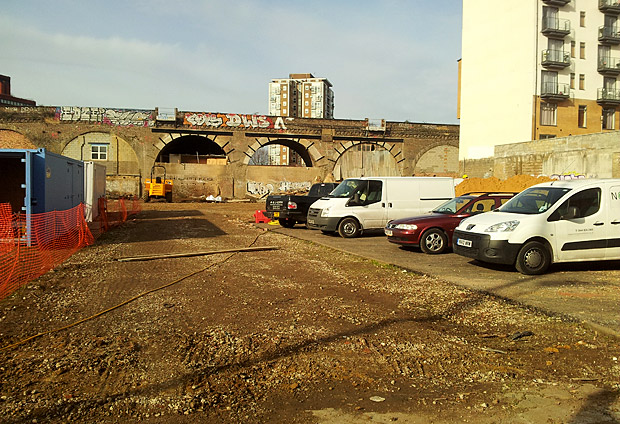 Once home to a long-gone, inspirational community squat called Cooltan, building activity has finally started up on the cleared site facing Coldharbour Lane in central Brixton. 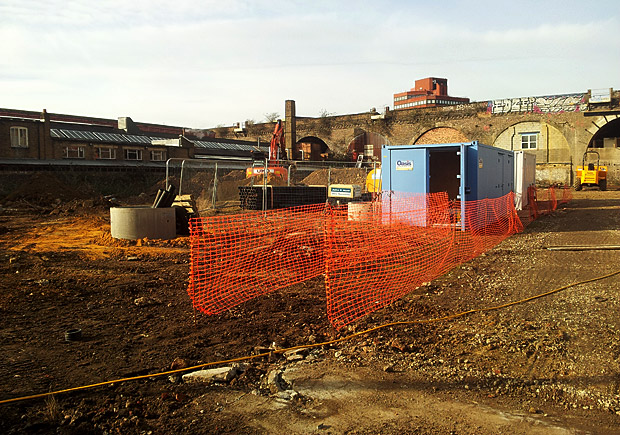 Squatters took over a disused employment office on the site back in 1992, and served the local community for several years under the name of the Cooltan Collective.

There was loads of activities going on inside the building – known locally as the ‘Old Dolehouse’  – with an art space, a café, office space for campaign groups, rehearsal rooms, darkrooms and a large party area.

It was a brilliant venture, and is much missed.

Evicted from the premises in September 1995, the building lay empty until being briefly reoccupied in Feb 1997 – and even more briefly one last time a year later.

The building was then criminally left to rot for over a decade before the site was eventually flattened in 2007. 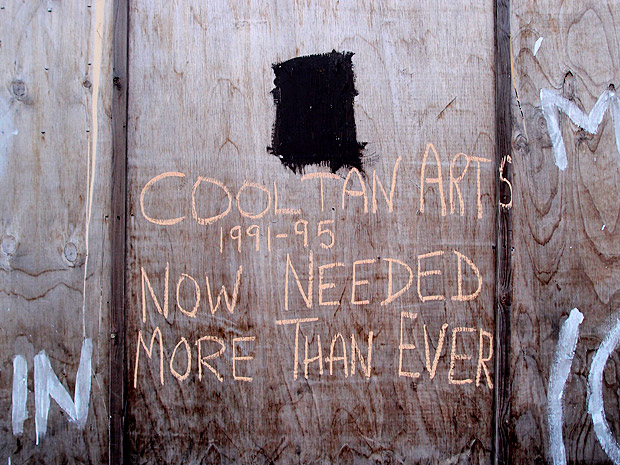 A seemingly never-ending succession of plans for the site (luxury hotel, backpackers hotel, small business centre, shopping complex) all came and went in the following years, while the once thriving space remained an unused, overgrown wilderness.

There seems to be some fairly heavy construction work going on now, but there’s been no planning applications posted and the workman I asked remained tight-lipped.

So does anyone know what’s going on? Please don’t say it’s another fucking ‘exclusive lifestyle development for connected urban professionals’ because that will make me cry.

Read: a history of the Cooltan Squat

Post your comments below or join the thread on urban75.

All out for the workers at Brixton Square!

2 Comments on “What’s happening to the old Cooltan site on Coldharbour Lane, Brixton?”