Used for sheep pasture until the end of the 19th Century, the space in front of Brixton Tate library was purchased by Sir Henry Tate’s widow and donated to the public in 1905 (eight years after the library was built).

Originally known as the Brixton Oval, and then Tate Gardens, its new name of Windrush Square was decided upon after local residents, businesses and organisations were given a small selection to choose from. There was no option to keep its current name.
Years ago, the space once housed attractive enclosed gardens, with ornate wrought iron gates guarding the entrance.

Various ‘landscaping’ schemes over the past twenty years have seen the gardens and lawns swept away to be replaced by a barren, windswept open space, designed to discourage drug dealers, ne’er do wells and anyone contemplating tarrying away an alcoholic afternoon in the public space.
According to Lambeth, the project, “aims to create a safe, high-quality public space reflecting our unique and diverse community.”

We’re not entirely sure how such a bleak, featureless expanse of concrete and stone reflects much of Brixton’s character, but here’s some photos… 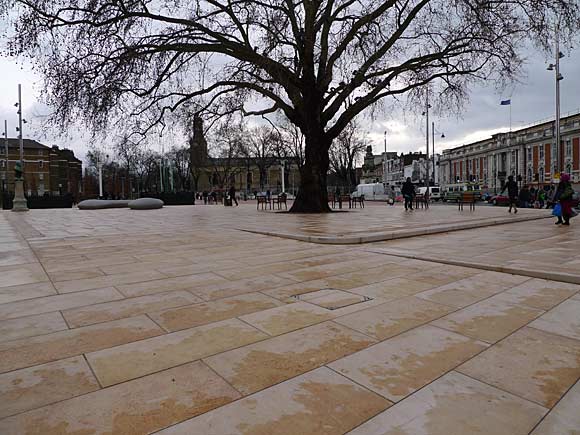 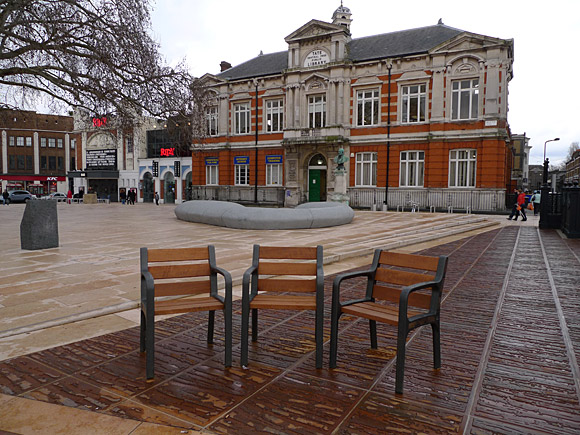 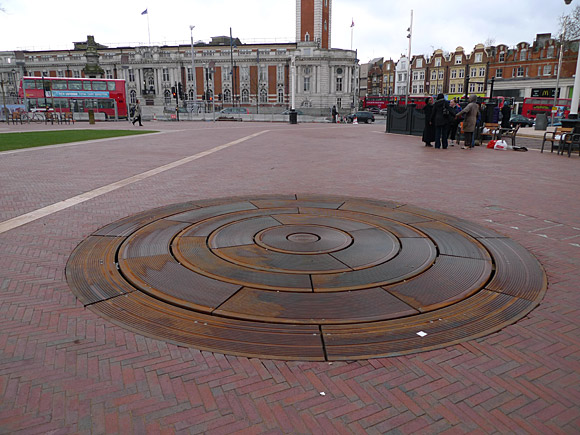 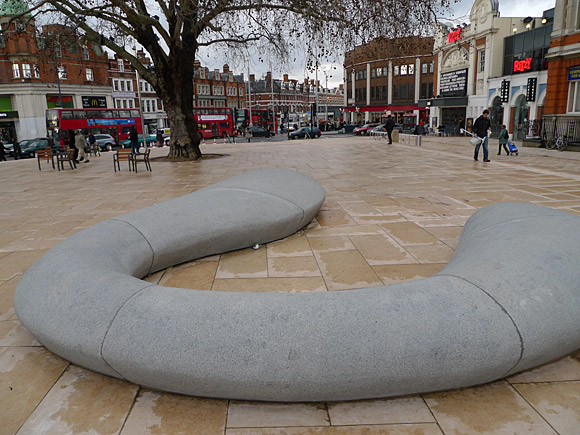