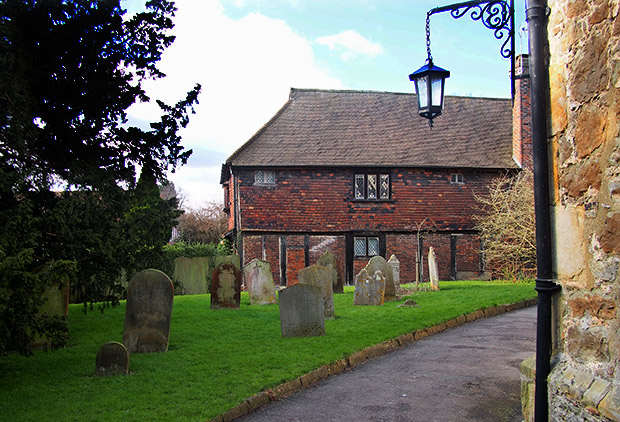 It’s only a 50 minute train journey out of downtown Brixton, but it sure feels like a different world when you get to the charming village of Otford in Kent, which lies a few miles north of Sevenoaks. 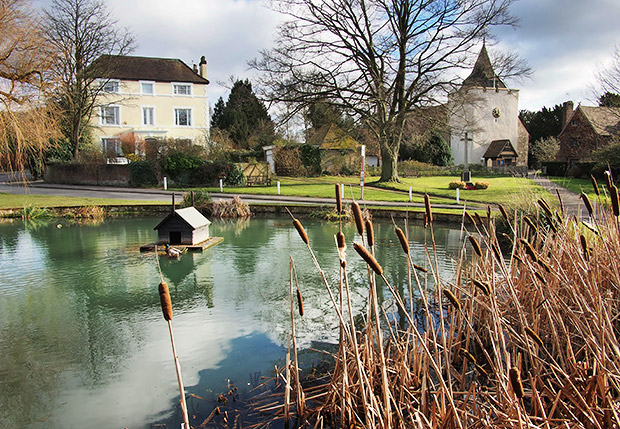 The picturesque village has its own duckpond complete with floating duck house, and in the background is St Bartholomew’s Church, a mediaeval church restored in 1863. 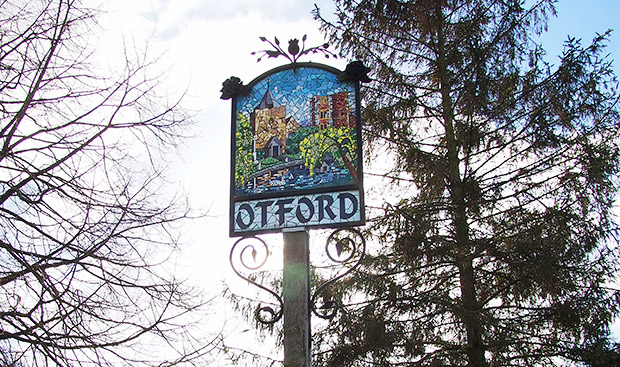 The village name is a contraction of Otterford, which is said to be derived from Offa, the King of Mercia who fought a battle at Otford against the Kentish Saxons in 776 at the Battle of Otford. [source] 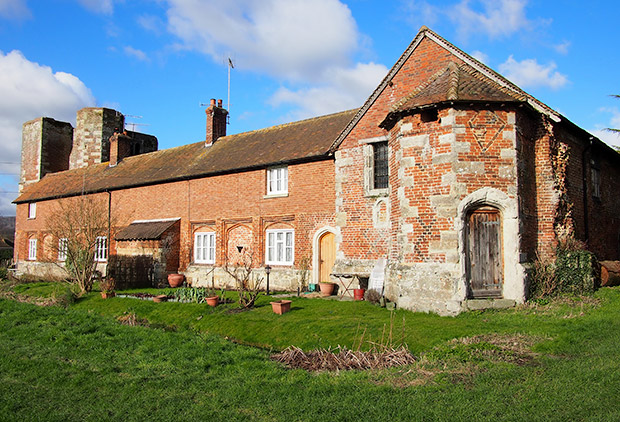 The semi-ruined Archbishop’s Palace is a short walk from the station and parts of the building date back over a thousand years.

Rebuilt around 1515 by Archbishop Warham, the palace passed over to Henry VIII after he forced Archbishop Thomas Cranmer to surrender the palace in 1537.

The buildings fell into ruin after Henry’s death, although some parts have survived, namely the North-West Tower, the lower gallery (now converted into the rather charming cottages above), and a part of the Great Gatehouse. 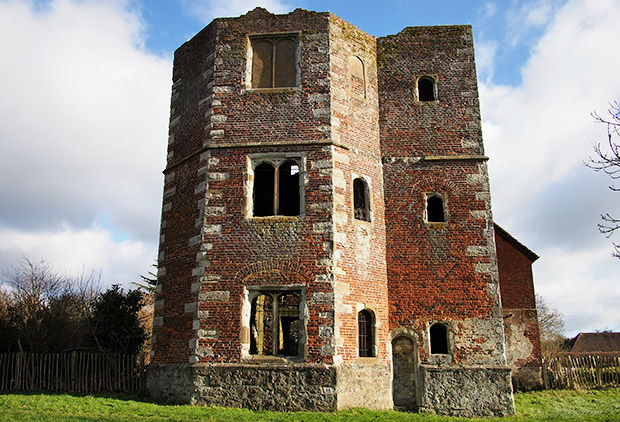 The remains of the North-West Tower. 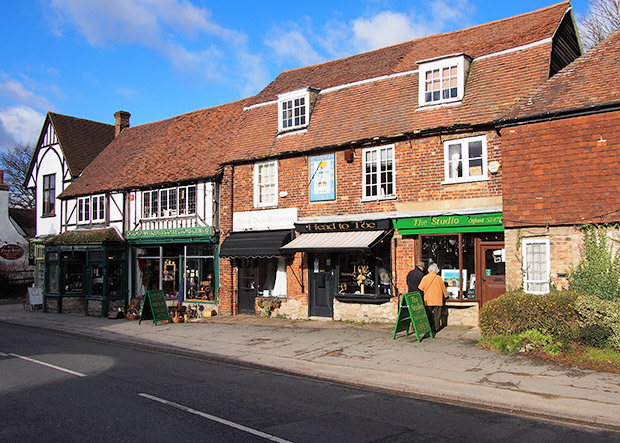 Some of the shops in the main street of Otford. Not a Tesco or mobile phone shop in sight!

Clearly catering for a less urban clientèle, along the main drag can be found Otford Antique and Collectors Centre, The Studio, The Forge House restaurant, and (shudder) Brides Dress Revisited. 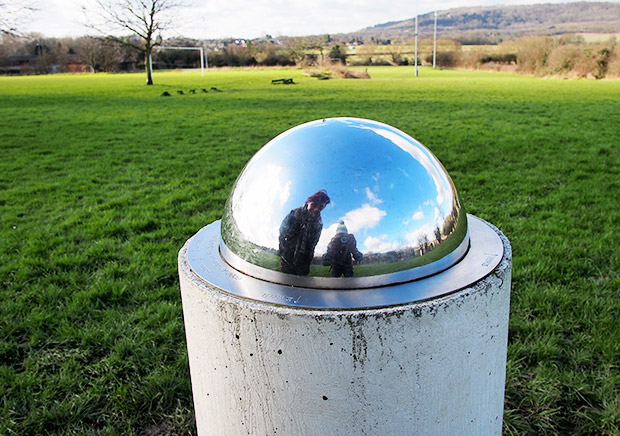 Rather unexpectedly, Otford plays host to to a large scale model of the Solar System, with the various planets scattered around a large field.

Their site explains that one of the reasons for building the model was to show “just how big space is”, adding, “If you walk as far as Pluto and look back towards the recreation ground, you get a sense of the vastness of space.” 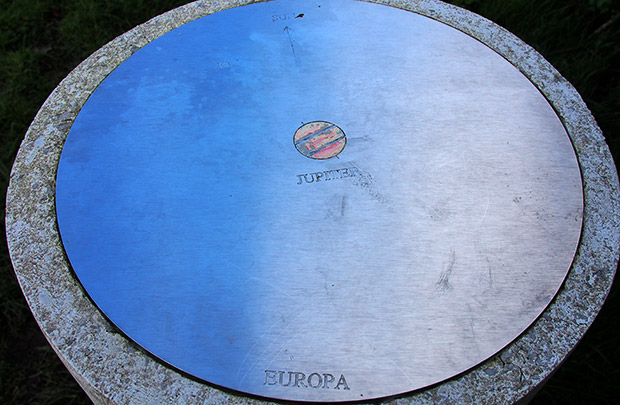 In the model, the Sun is represented by a 303mm diameter silver dome (see above) and each planet by a scale engraving on a flat disc. 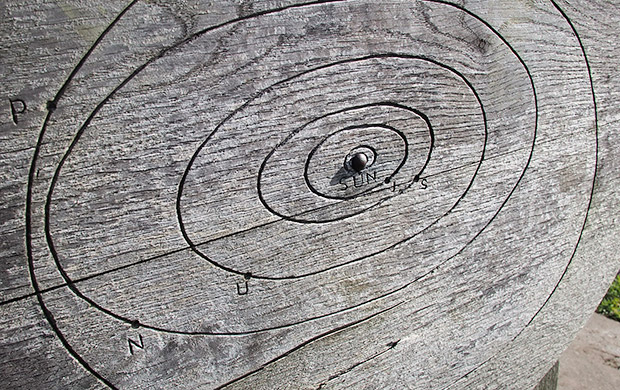 This wooden ‘map’ shoes the relative positions of the planets. 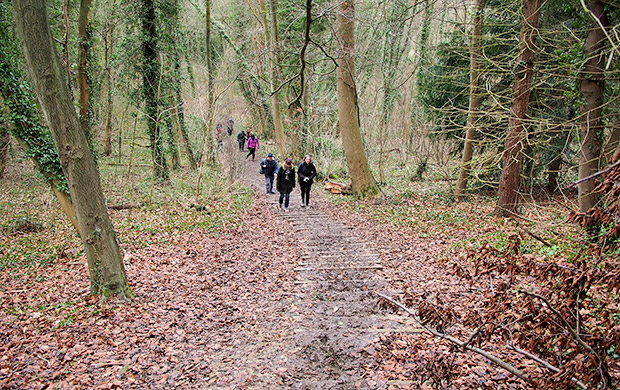 I first did this 5.3m (8.5km) walk back in February 2005 when the weather was considerably colder. Back then there was snow on the ground and a lot of sliding down slippery slopes! 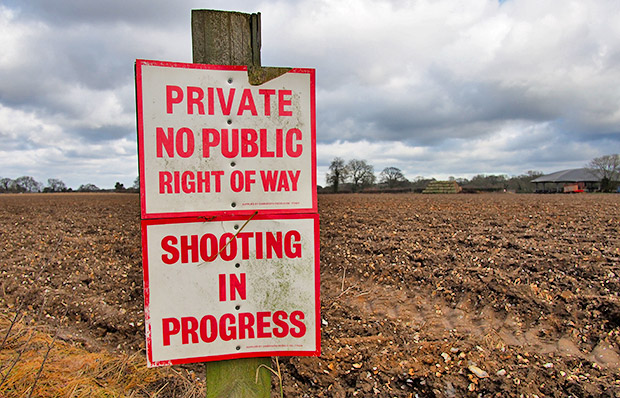 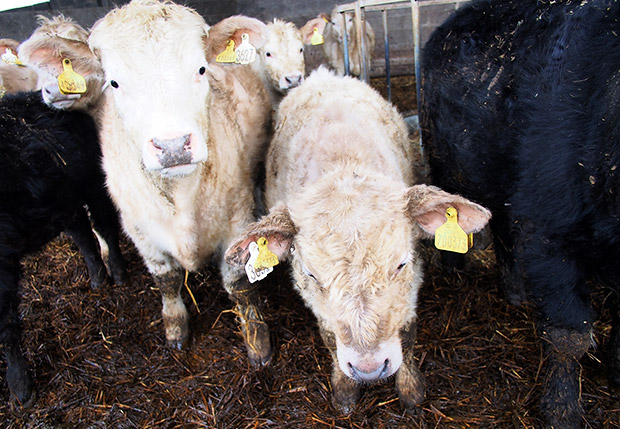 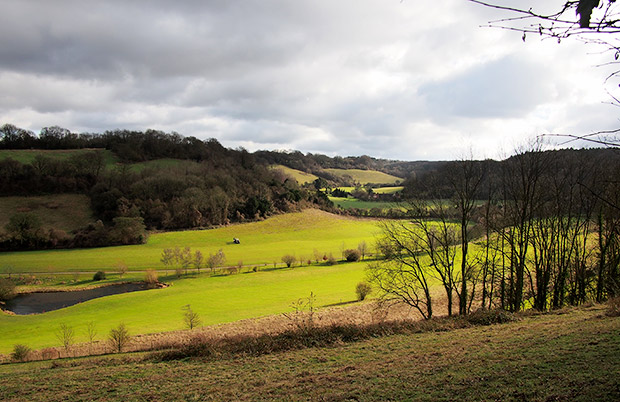 After climbing a modest hill, there were lovely views to admire. 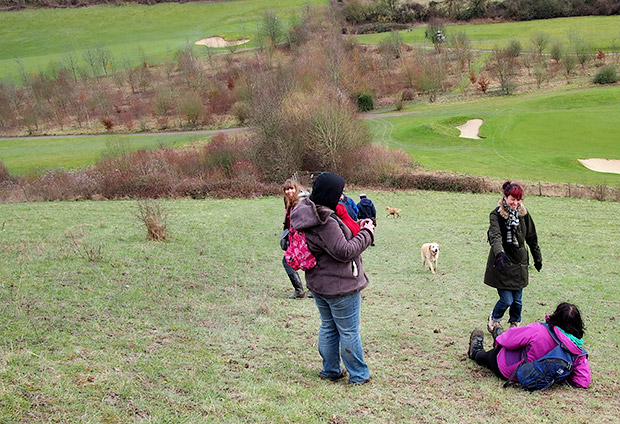 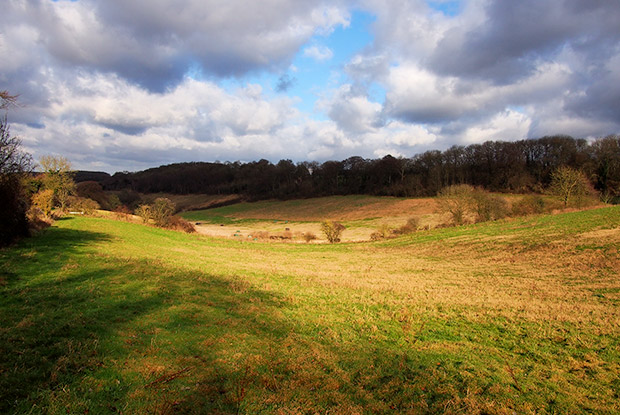 Beautiful view across the rolling hills. 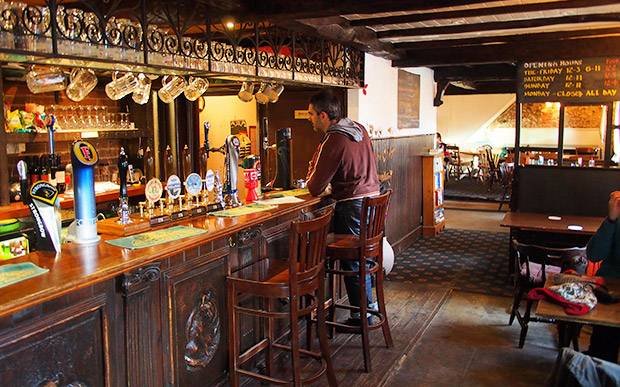 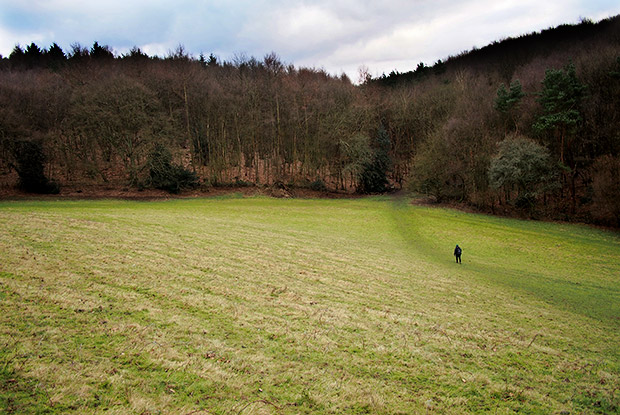 Heading back  into the woods. 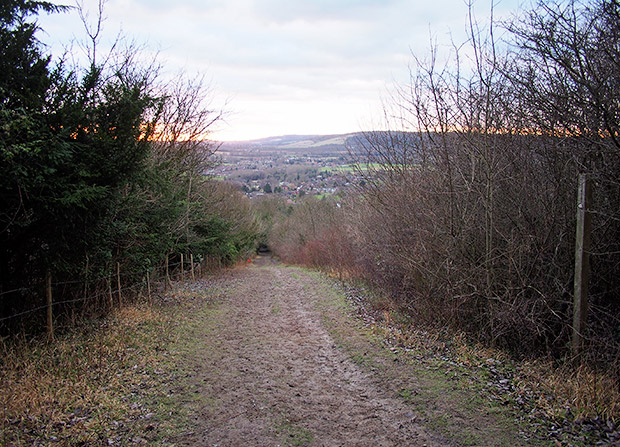 Last part of the walk, with the path dropping down to Otford station.