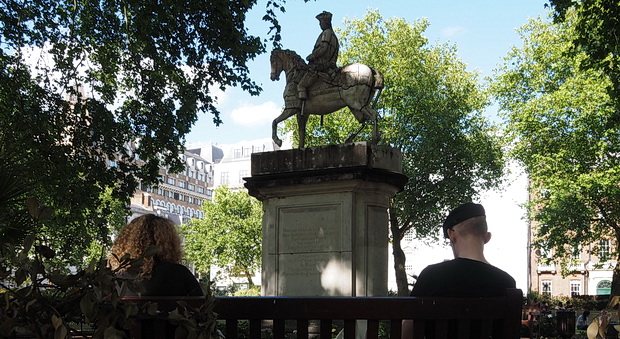 Still quietly falling apart in Cavendish Square is this statue of the Duke of Cumberland, which has been created from soap. 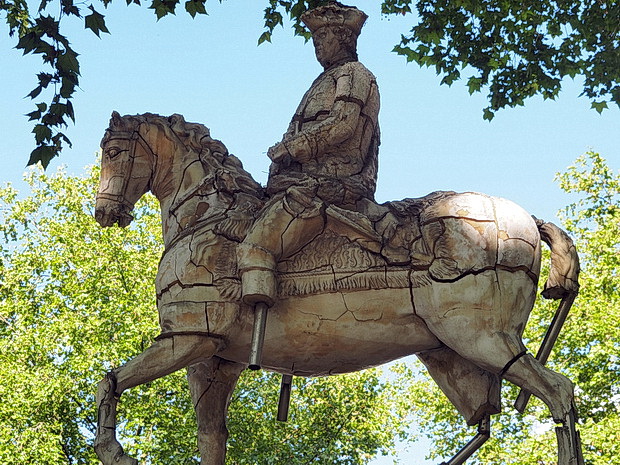 Written in Soap: A Plinth Project is an ongoing, large-scale public art sculpture project by the Korean artist, Meekyoung Shin, in London, Seoul, and Taipei. 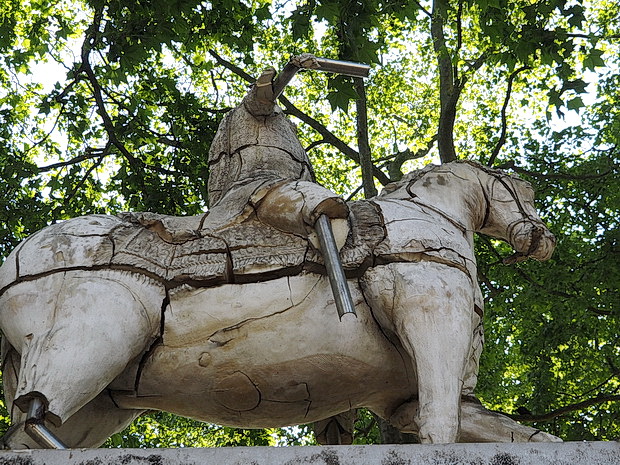 The original stone equestrian statue of the Duke of Cumberland was erected on the plinth in 1770 before a closer examination of his activities saw him stripped of his hero status and condemned as  “Butcher Cumberland”.

The statue was subsequently torn down in 1868. 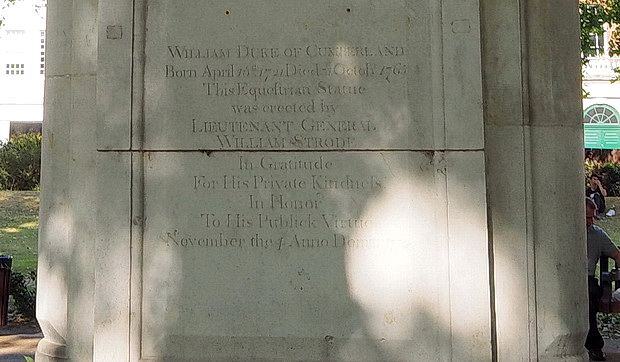 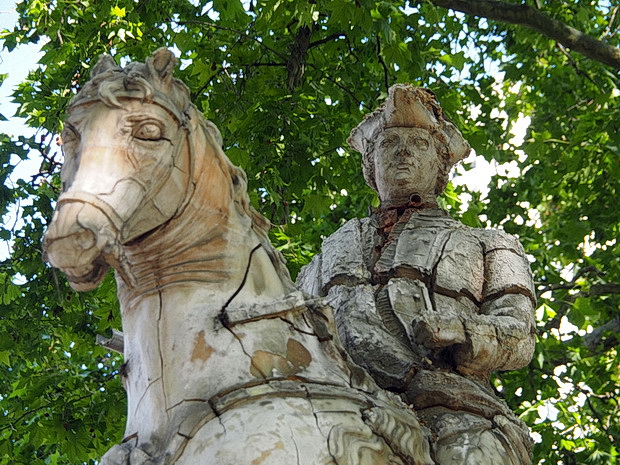 In 2012, Shin was commissioned to create a new work for the plinth, which saw the Duke returning to the plinth, but this time created from soap. 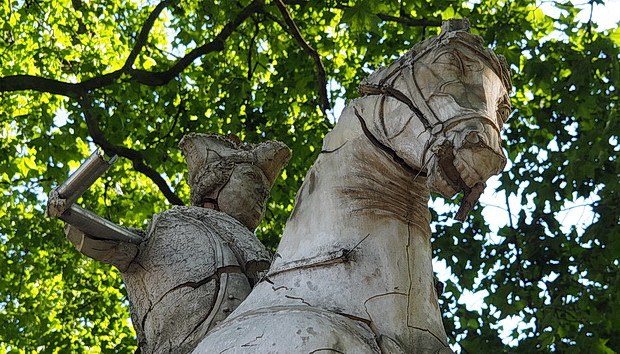 With the seasons passing, the sculpture has cracked, faded and eroded as the soap disintegrates and releases a perfumed aroma. 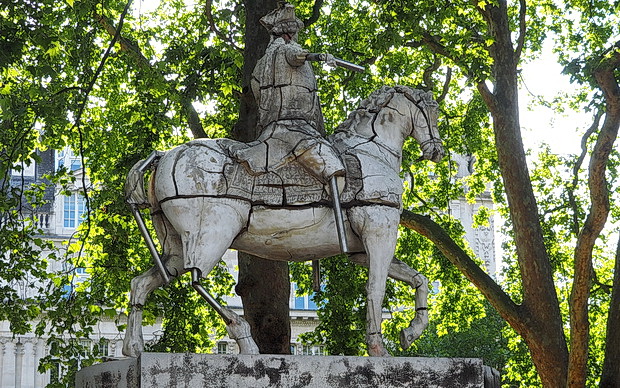 Several limbs have now fallen off, in a slow motion repeat of the Duke’s previous fall from grace. 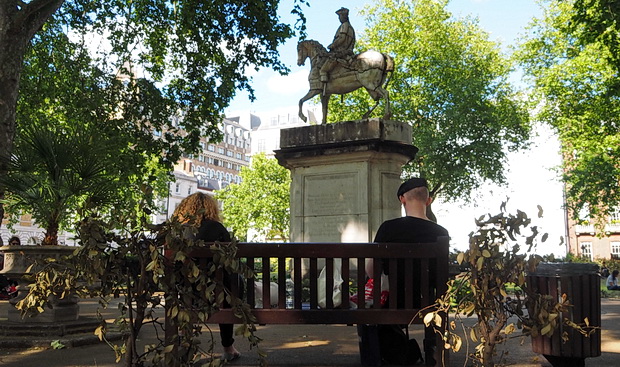 Find out more about the Written In Soap project here.

London car park artshow – We Could Not Agree at the Q Park, Cavendish Square