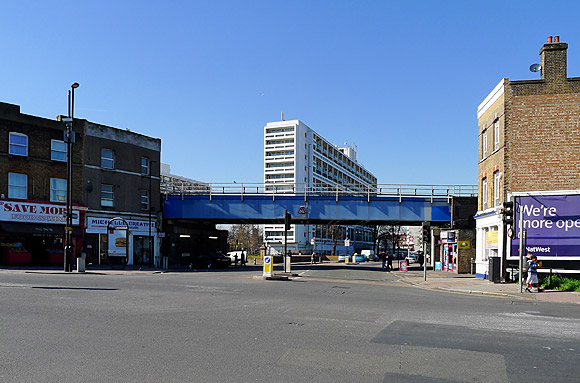 Laughably labelled as “in motion” by some Frappuccino-fuelled over privileged rich-kid overheard in a cafe, Loughborough Junction remains a pale shadow of its former self. 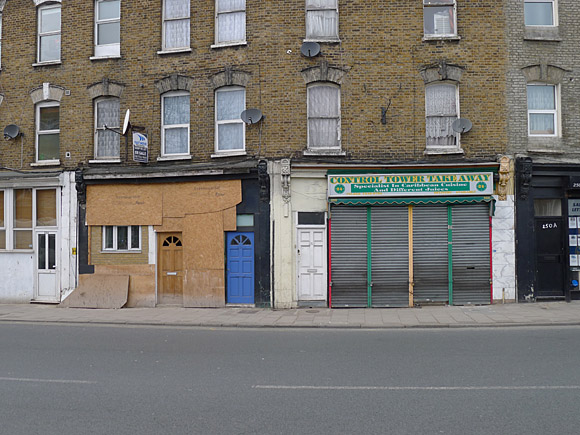 Once a busy, vibrant shopping thoroughfare, the area is now strewn with the carcasses of closed pubs, crumbling shops and under-performing businesses, although the spidery fingers of gentrification are starting to embrace the area. 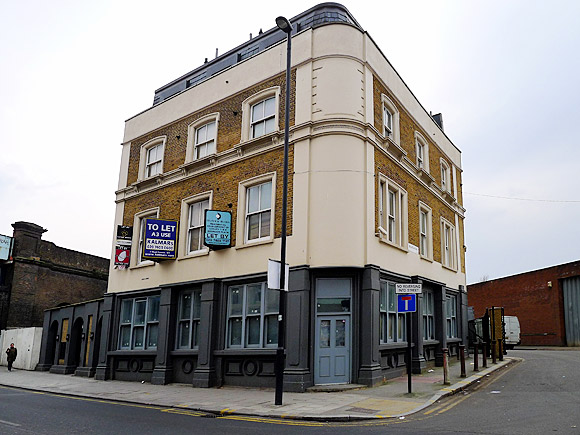 Effectively neutered as a pub by the development of the ‘luxury flats’ above, the Junction (formerly the Warrior) has been empty for years on end.

It used to be a great pub boasting its own brewery, and ended up as a great venue for drum and bass nights towards the end. 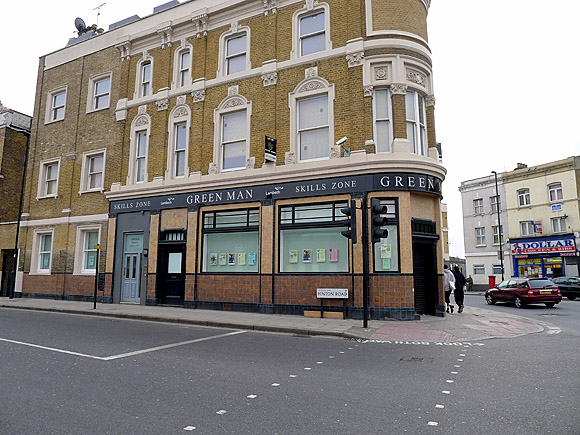 The long serving Green Man pub may have also gone, but at least its delightful tiled façade has been preserved. 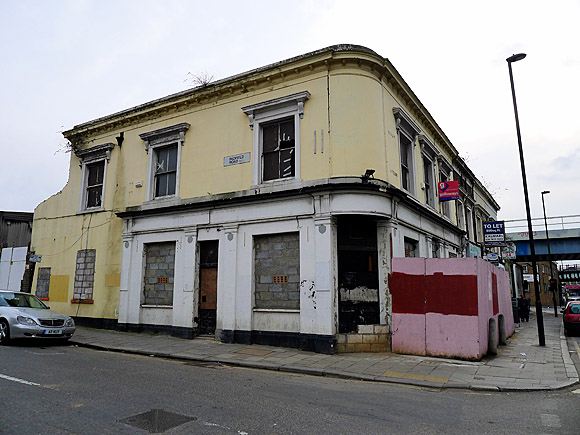 The knackered remains of the The Crown public house (latterly the Mucky Duck). 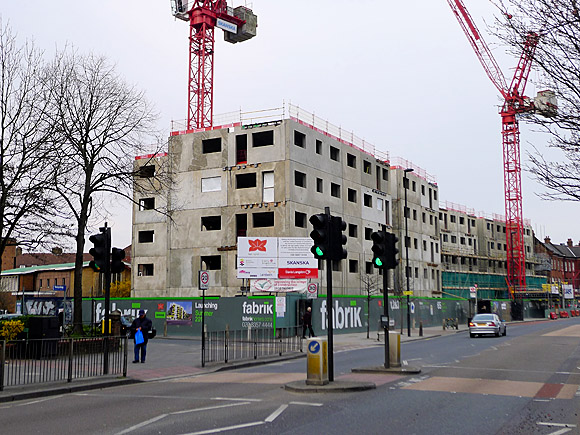 As Coldharbour Lane wends its way east out of Loughborough Junction into Camberwell, new developments  crop up all over the place.

3 Comments on “A walk through ‘in motion’ Loughborough Junction, south London”