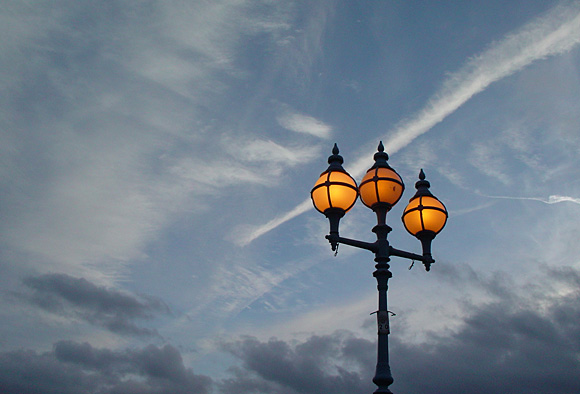 A short series of photographs taken during a chilly walk to Alexandra Palace, north London, in February 2005. 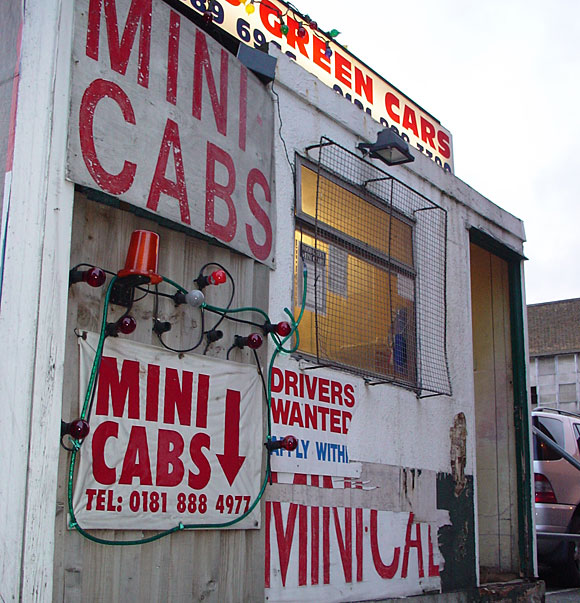 The battered frontage of Green Cars, complete with some interesting electrics. 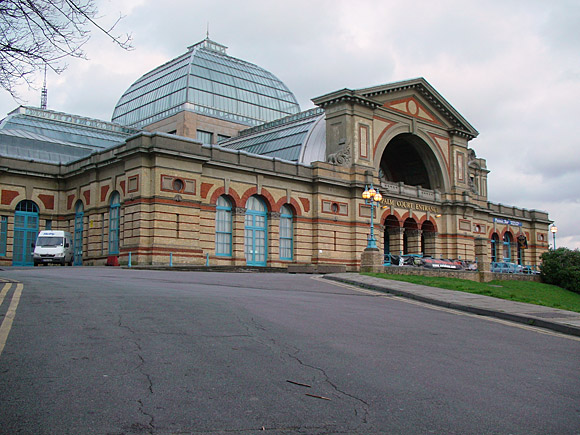 Alexandra Palace, built  in 1873 as a public centre of recreation, education and entertainment, was north London’s riposte to the Crystal Palace in South London.

In 1936, ‘Ally Pally’ became the headquarters of the world’s first regular public ‘high definition’ television service, operated by the BBC.

In April 1967, acid-guzzling hippies flocked to the  “14 Hour Technicolour Dream” event, organised by the “International Times.”

Headlined by the mighty Pink Floyd, other bands on the bill included The Pretty Things, Savoy Brown, The Crazy World of Arthur Brown, Soft Machine and The Move. 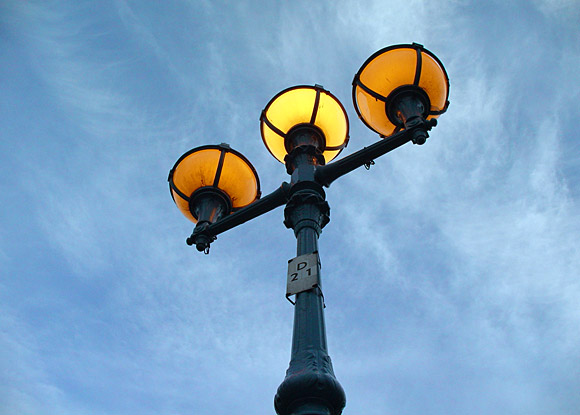 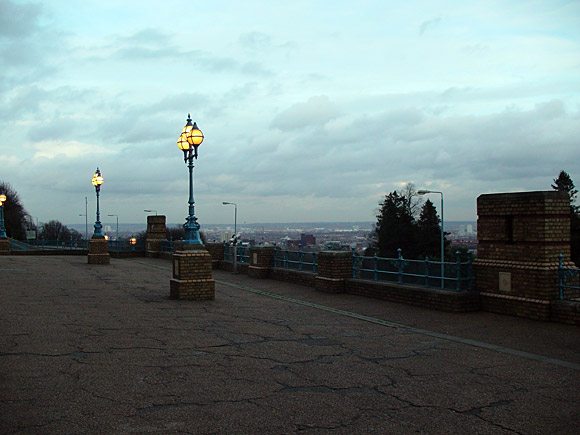 The terrace at Alexandra Palace, which affords great views over London. 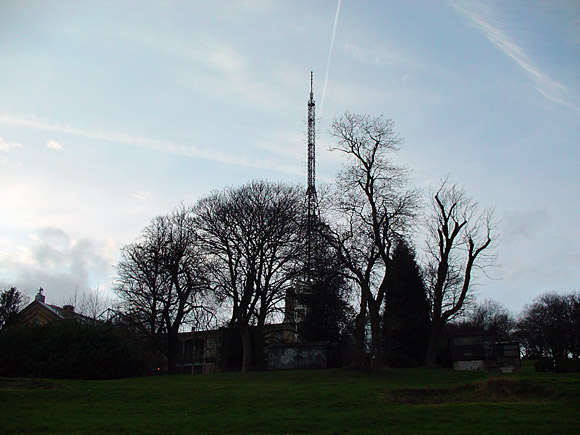 The radio tower can be seen above the tree line. 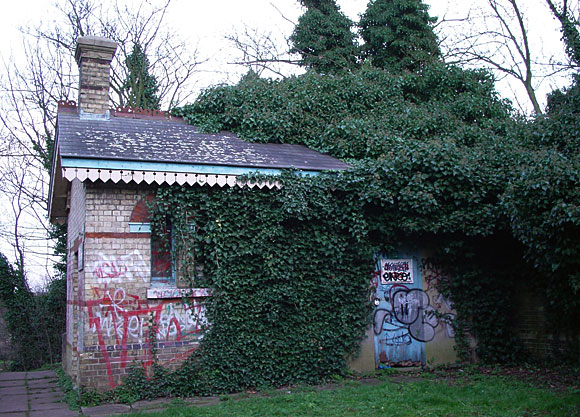 A short railway branch was opened from Finsbury Park via  Highgate to Alexandra Palace in 1873, with the service closing for good in 1971.

You can now walk just about the entire route of the old railway line, which is known as the Northern Heights Parkland Walk. 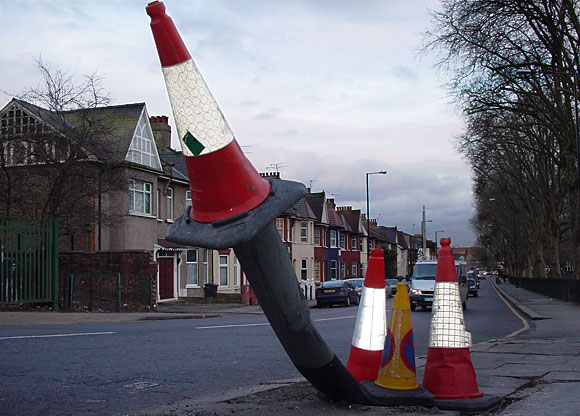 Is it me, or does this photo look a little bit rude?