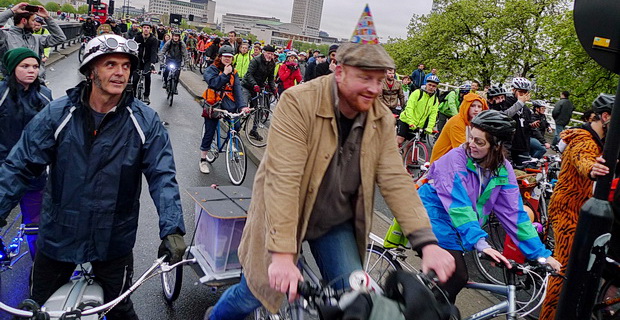 Cheekily often described as as an ‘unorganised coincidence’ of cyclists,  Critical Mass has seen a monthly gathering of cyclists pedalling their way around central London, and last Friday’s big ride marked the 20th anniversary of the event. 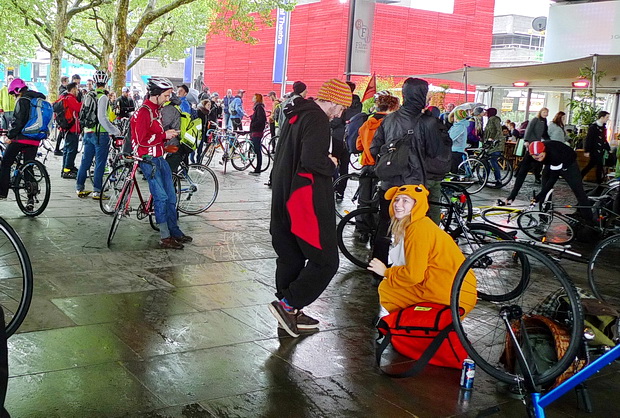 As is the tradition, the meeting point was under Waterloo Bridge – which was a good job seeing as the rain was pelting down. 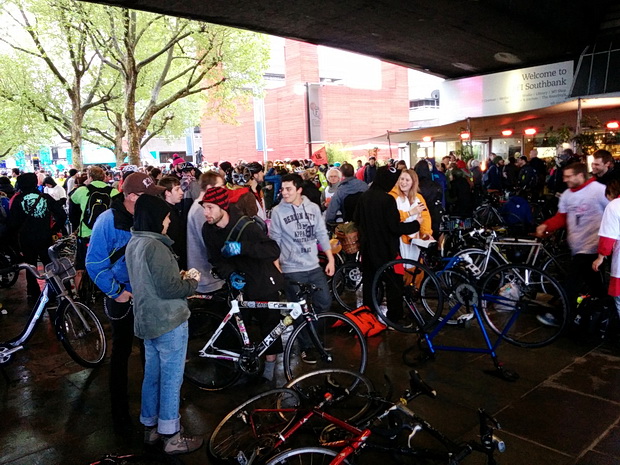 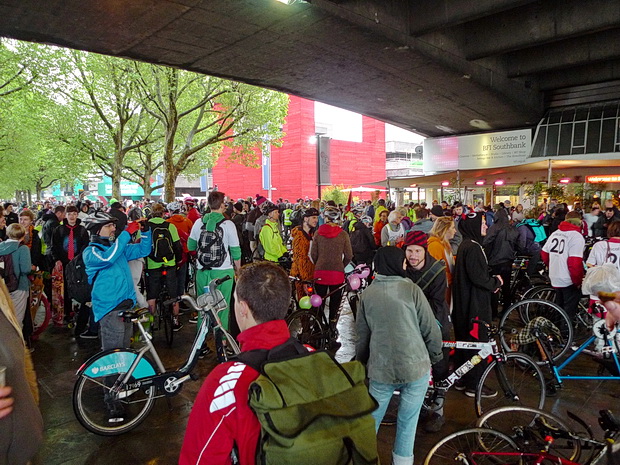 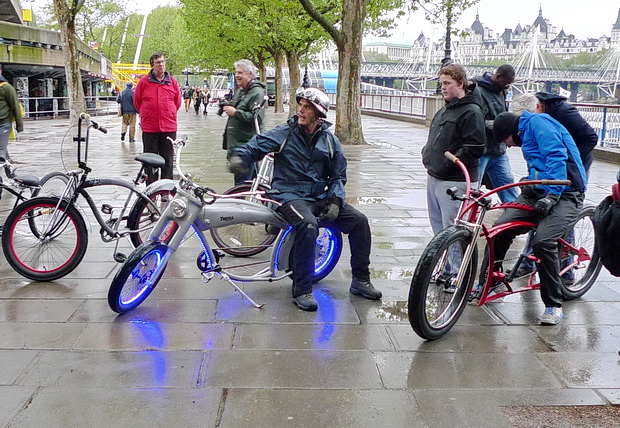 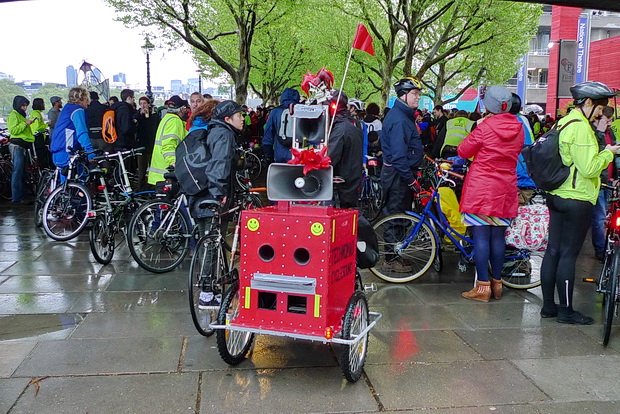 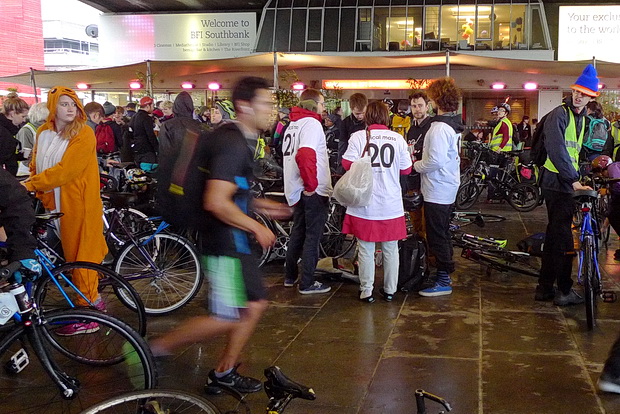 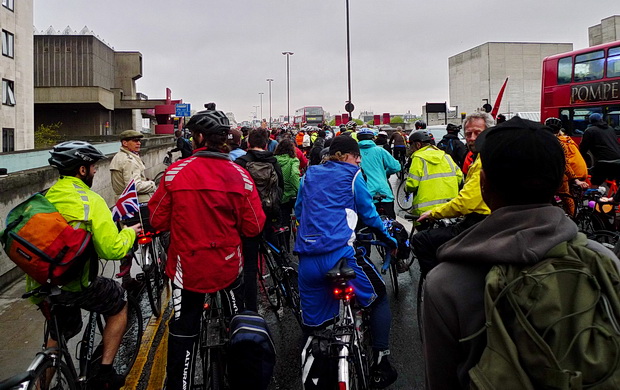 Heading off over Waterloo bridge. 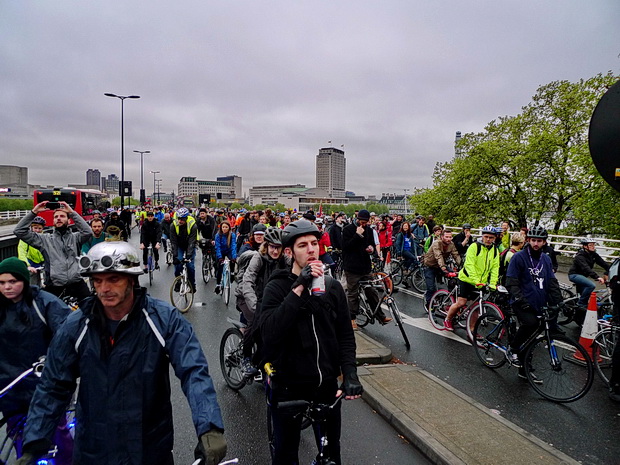 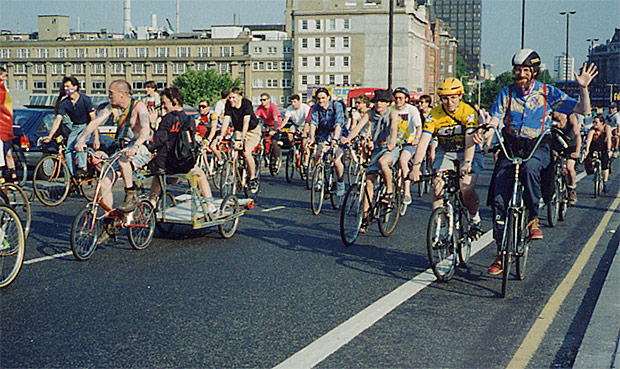 Above: archive view from a Critical Mass in 1995. See more archive photos here. 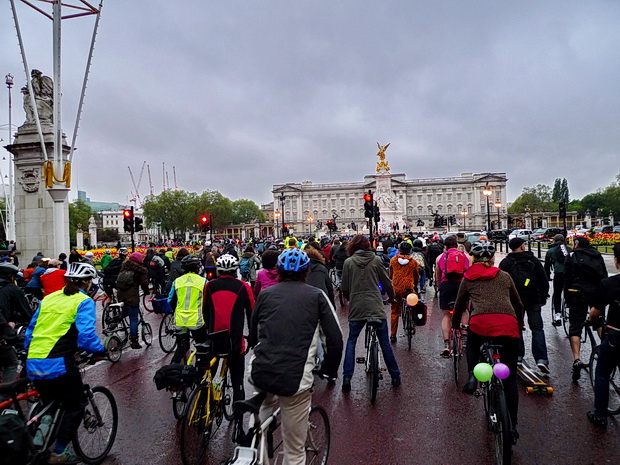 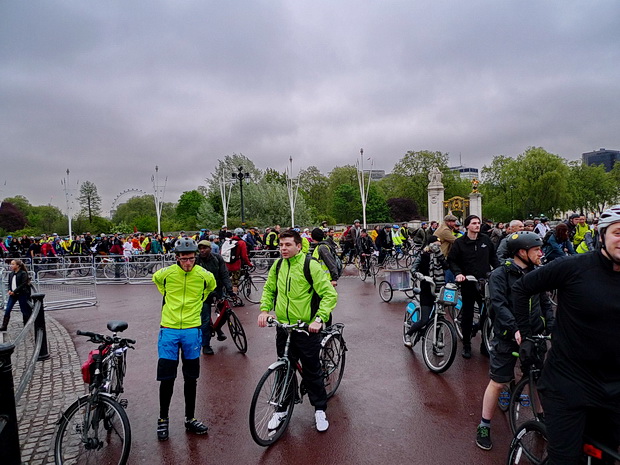 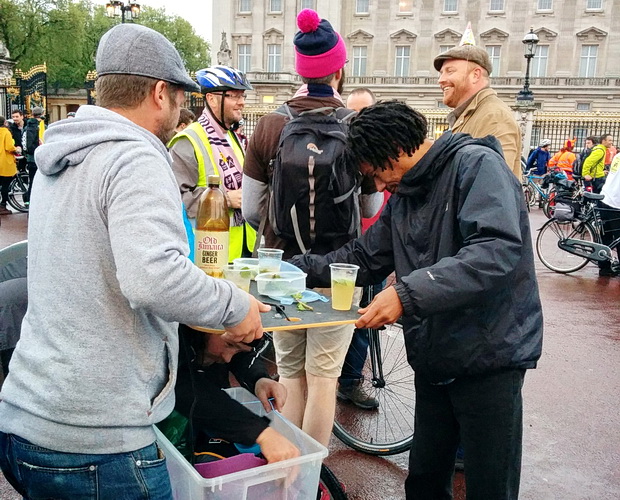 Cocktails outside the Palace? Don’t mind if I do. 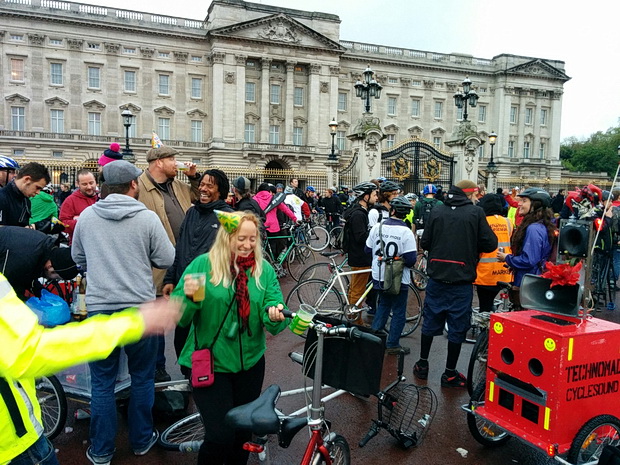 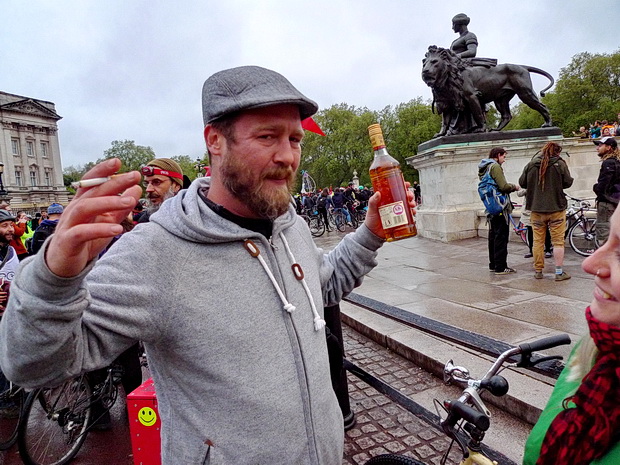 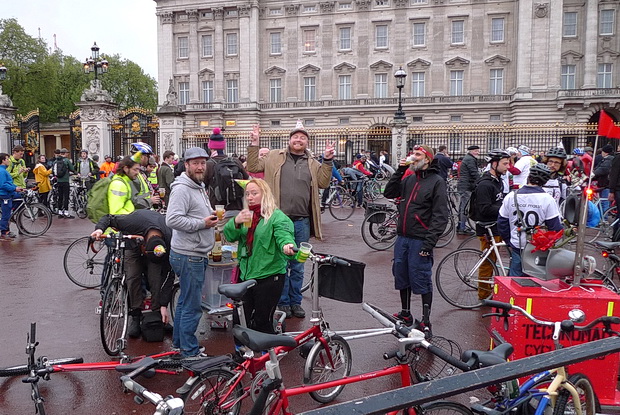 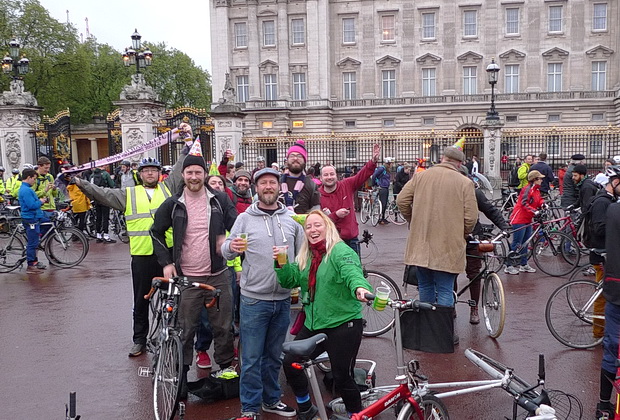 And now it gets even better – bikes, sound system, drinks AND Dulwich Hamlet! 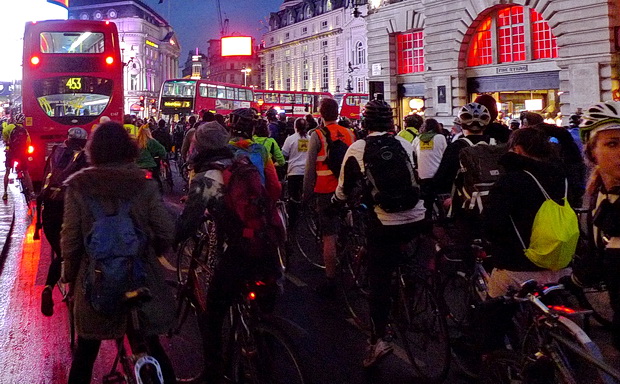 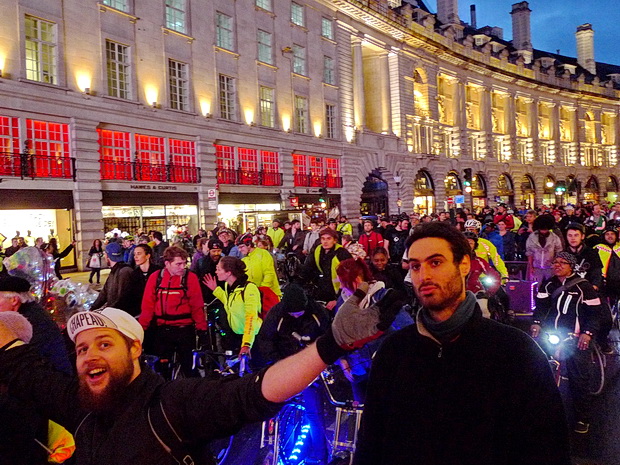 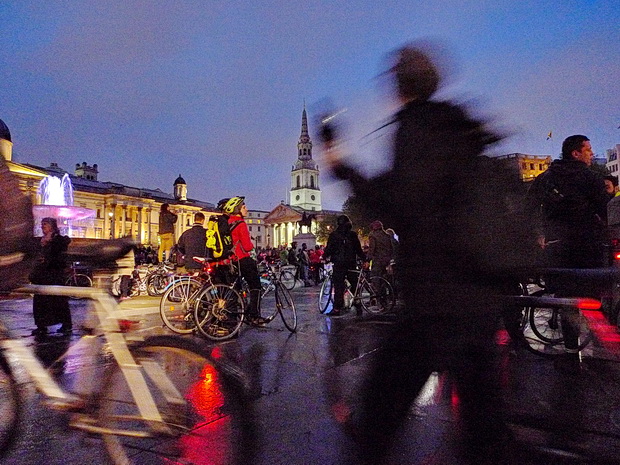 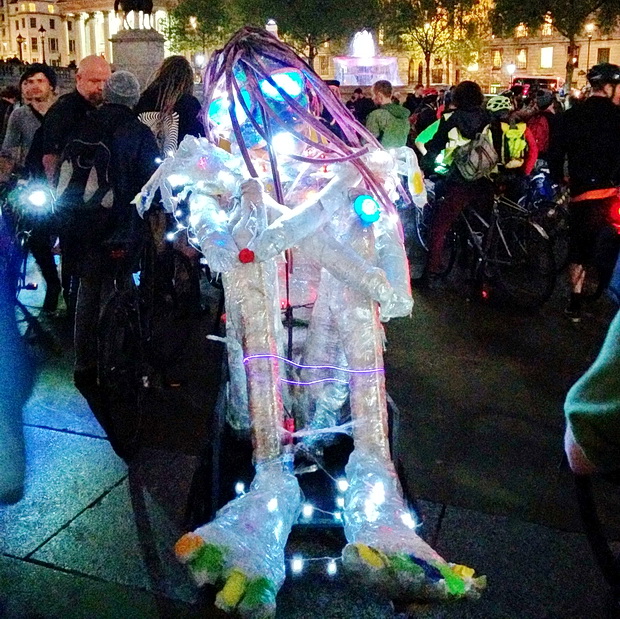 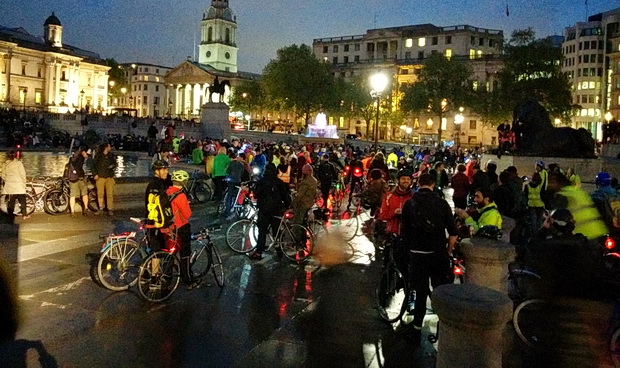 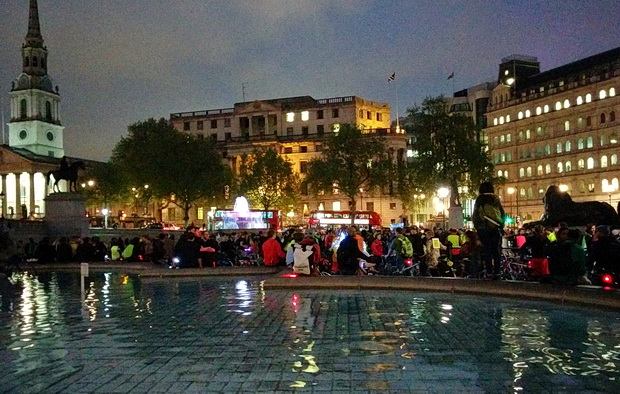 Hundreds of cyclists in the Square. 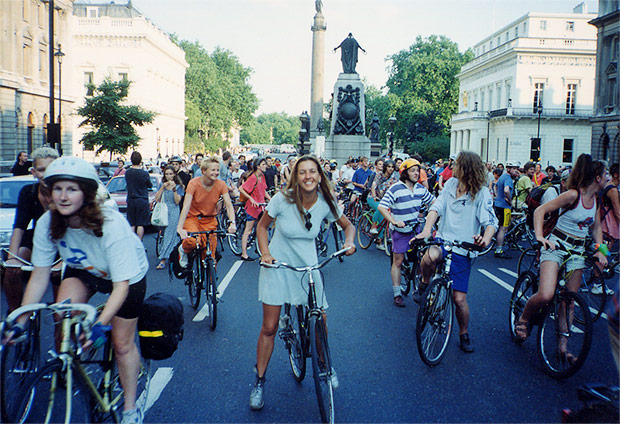 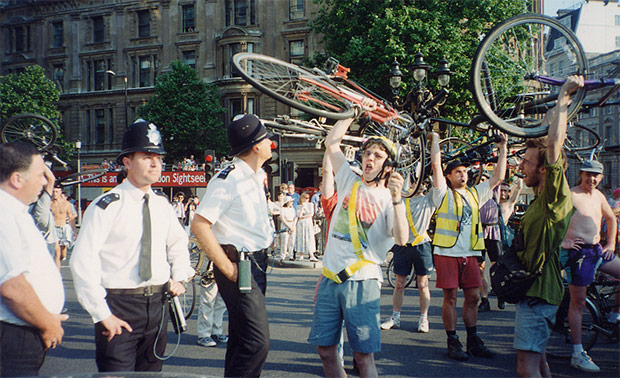