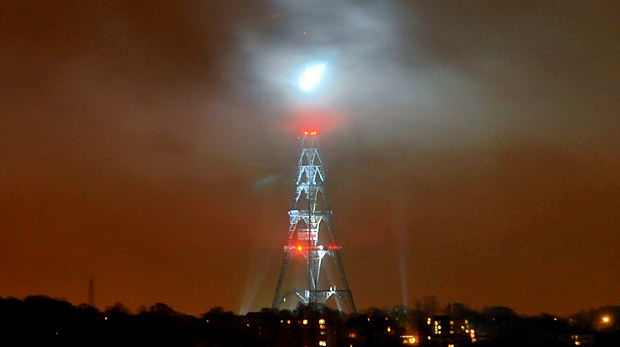 To celebrate  the switch from analogue to digital TV services in London, a “spectacular” lightshow was promised at the  Crystal Palace broadcast tower.  Sadly, what I saw in downtown Brixton was far from spectacular. 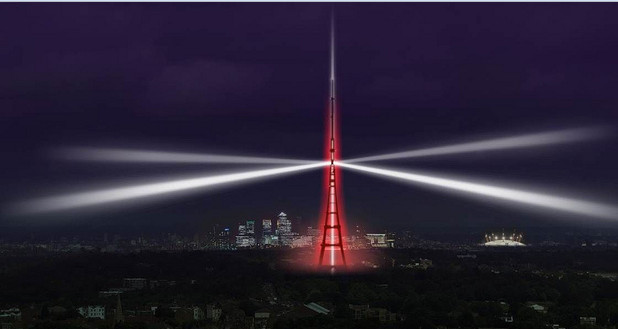 With the sky due to be lit up with more than 200,000 watts – that’s 7.5 billion candlepower – of energy-efficient lighting, I had high hopes for this, and hooked up my camera on a tripod, ready to catch the breathtaking visuals.

Above is the press release graphic of the event. 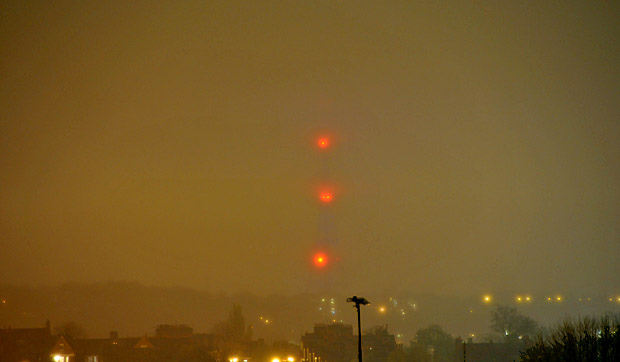 To be fair, driving rain and low cloud immediately scuppered any hope of the lights penetrating much further than Brixton and, for a while, all but the bottom tier of warning lights (above) disappeared in the mist. 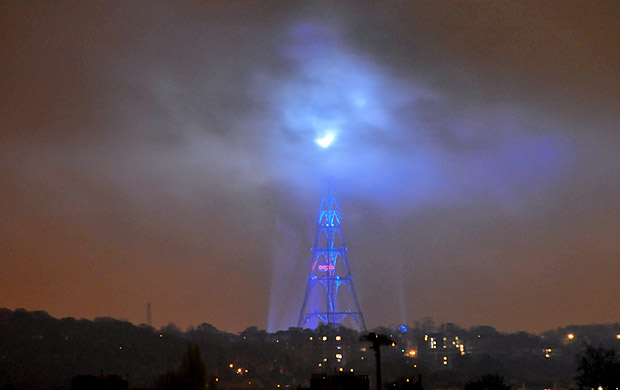 Starting later than advertised, the tower finally saw some illumination, although the searchlight was barely visible, thanks to the encircling low cloud.

There wasn’t a lot to see really: a few colours swirled across the structure, while a searchlight slowly span around, most of the time shining in to the dense cloud above. 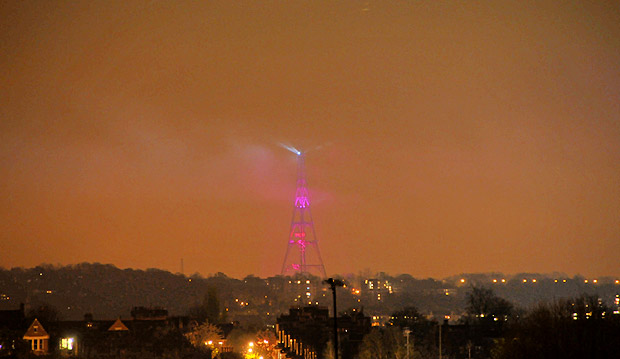 At the foot of the tower was a special VIP event, hosted by Chris Evans and featuring Sir David Attenborough. I wasn’t invited, so I’ve no idea if it was any good or not. Probably not, I fancy. 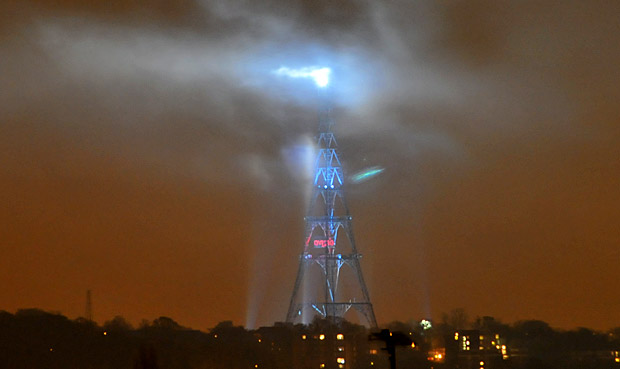 The digital switchover was handled by UK broadcast transmission company Arqiva, who teamed up with Digital UK to co-ordinating a public information campaign to help consumers make the switch – www.digitaluk.co.uk .

Here’s what  Arqiva had to say about the tower’s history:

For more than 50 years the Crystal Palace tower has broadcast the best of British TV, from the first episode of Blue Peter in 1958 to last year’s Royal Wedding, to more than 12 million people in the Greater London area and surrounding counties.

With a coverage range of over 40 miles, it’s the most important transmitter of the 1150 masts in the UK broadcast network and Londoners have been the first to receive many ground-breaking TV services that we now take for granted. Crystal Palace broadcast the first colour TV test transmissions in November 1956, with a regular colour service starting on BBC2 in 1967. More recently, in 2009, Londoners were the first in Europe to receive free-to-air terrestrial HDTV broadcasts.