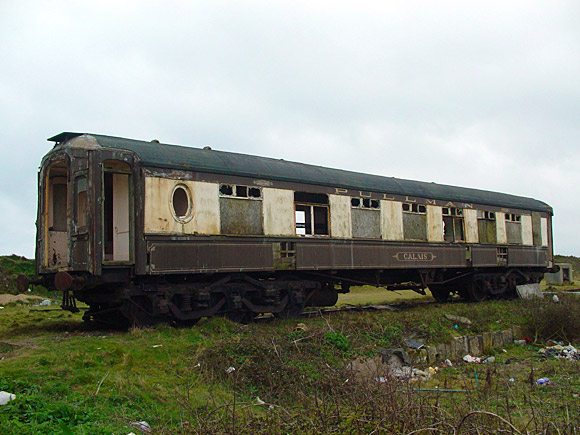 I spotted several old Pullman railway coaches in a state of ruin during a trip to Cornwall in 2003.

Once the byword for upmarket,  luxury train travel, several of these once glorious carriages had been dumped at Marazion station in the 1960s and put to use as camping coaches. 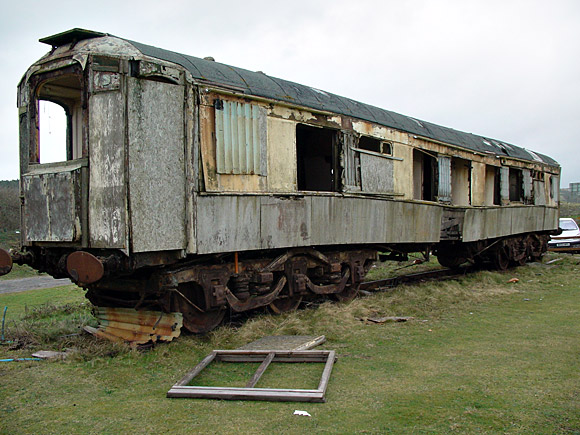 Years of criminal neglect had seen the fine varnished wood and exquisite paintwork of the carriages being stripped away in the sea air,  leaving them in a terrible state. 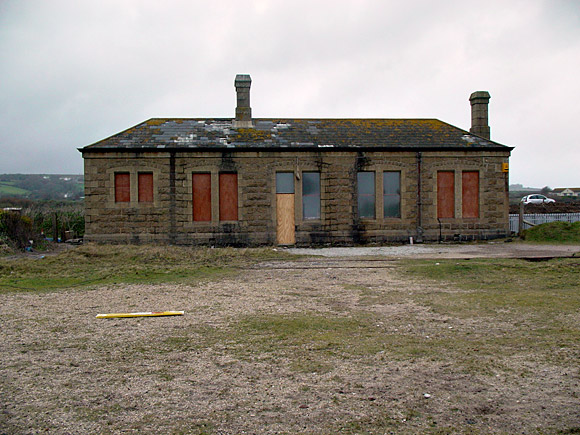 The coaches were on a strip of track next to the abandoned station at Marazion, which closed to passengers on 5th Oct 1964. It’s now been converted to private housing. 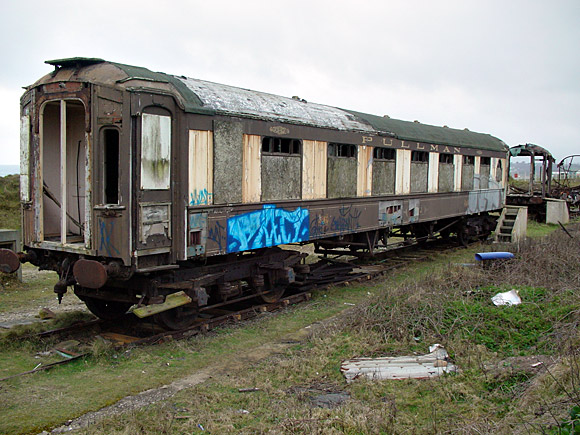 ‘Juno’, a 1923 brake parlour car looks forlorn, while just beyond it can be seen the shell of the burned out 1923 coach, ‘Aurora’. 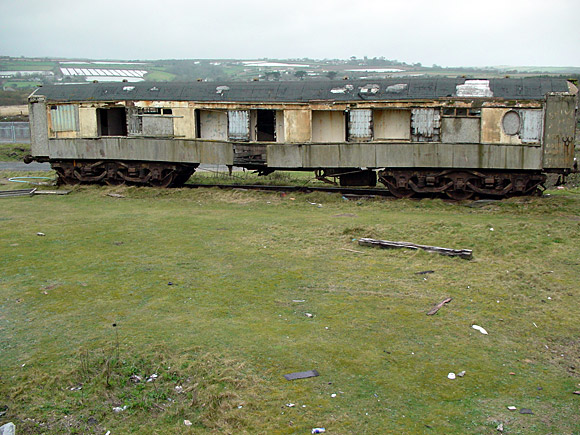 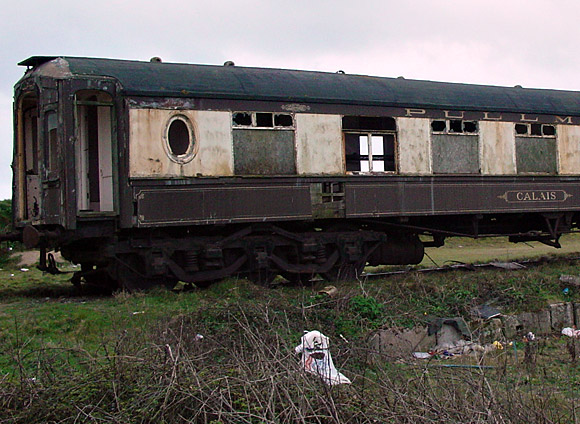 All of the remaining coaches at Marazion disappeared shortly after these photos were taken, with a posting on the Pullman Society’s website in September 2003 reporting that the coaches had “vanished” and been replaced by an “an ominous pile of charred timber and a few odd wheel sets” 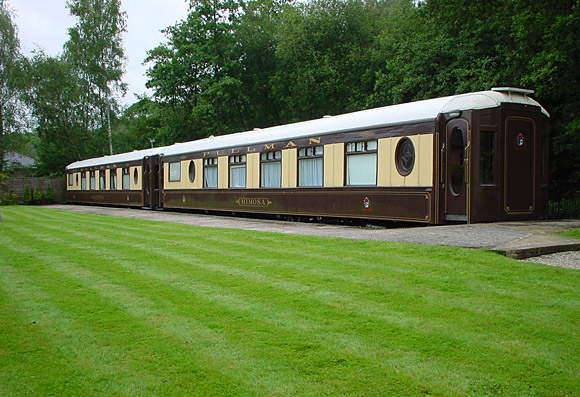 On a happier note, two of the coaches at Marazion were rescued in the late 1990s and have subsequently been fully restored to their former glory at Petworth railway station, where they now serve as luxury hotel rooms – we stayed there for a weekend a few years back.