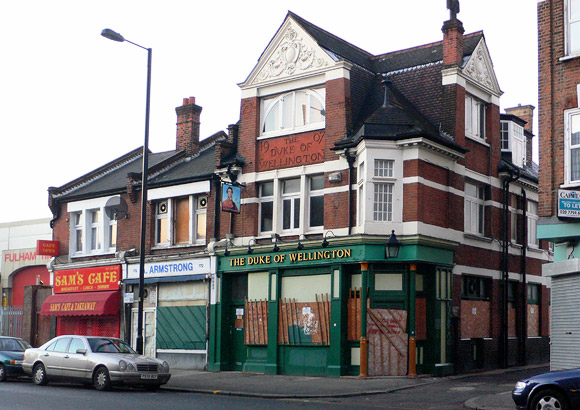 We’ve lost a worrying amount of pubs around Brixton over the years, and I’m saddened to see that the attractive Duke of Wellington pub on Acre Lane is currently being reduced to rubble.

The site has been handed over to a housing association, Genesis Housing, who have received planning permission to build “30 environmentally friendly homes, including affordable housing” on the site of the pub and adjacent Fulham Timber Yard site. 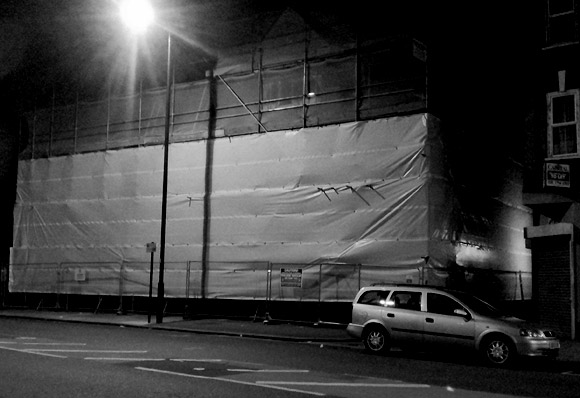 The charming Edwardian facade is now hidden behind plastic sheeting as demolition takes place – a process that has caused some concern amongst local residents. [July 2011] 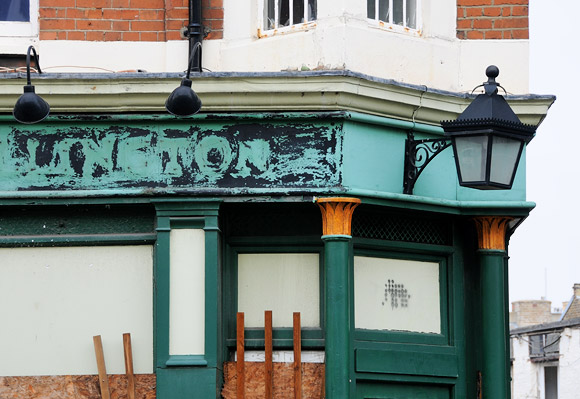 Built in 1907, the pub had many rather delightful Edwardian touches, with intricately detailed gables, and the brickwork proudly displaying the date of construction.
[All photos August 2008] 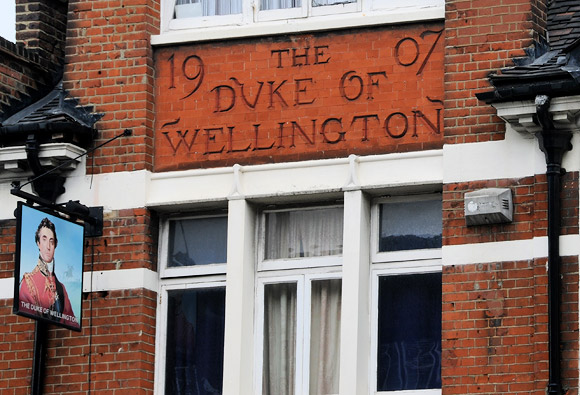 The pub closed in July 2003, with a poster on our forums documenting its ignominious end:

The Duke of Wellington, or “Mabel’s” as it was known after a former landlady, was an undistinguished local in the early 90s, with a pool table at the back; never packed, it had clearly been in decline since the departure of the legendary Mabel (whom I never knew). The beer and atmosphere was always better across the road in the Hope and Anchor, even when it was at its nadir.

In the early 2000s there was a sudden influx of young, aggressive Jamaicans (a.k.a. “yardies”) in and around that area – who seemed to adopt the Duke as their base and made it very unwelcoming to others, and there were a number of incidents including the one GG refers to above when we had a seriously-wounded African man on our doorstep, who had been stabbed following an argument over a karaoke song-book.

I don’t think there were many locals who mourned the closing of the Wellington, other than in the sense of a nice building being underused.

The Hope across the road is rarely full and the Wellington had become a magnet for wannabe gangsters from all over the place, with a penchant for shootings in the street 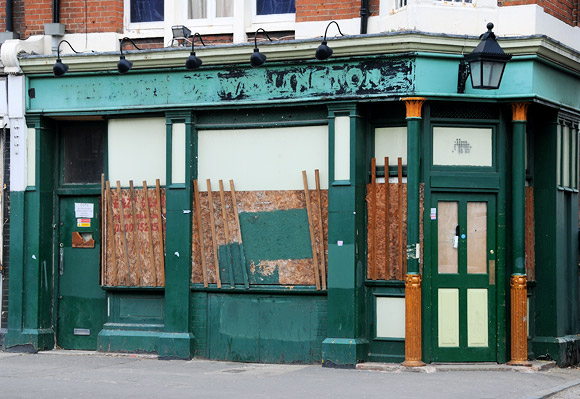 Another local was equally unimpressed with the pub at the end:

I used to live around the corner from it. During the two years I lived there (2000-2002) it tended to have lots of trouble. There was at least one stabbing and one shooting (possibly two can’t remember). I only ever went in there once and that was to ask for some change. One day I think it just went too far and they closed it down 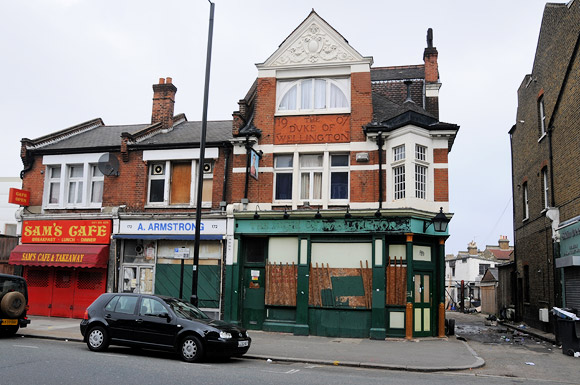 The DeadPubs website lists the landlords and landladies for the pub up to 1956. 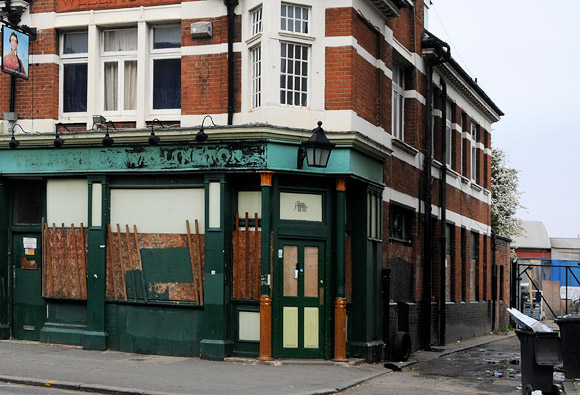 For the last few years, the boarded up pub was squatted before the wrecking ball arrived.