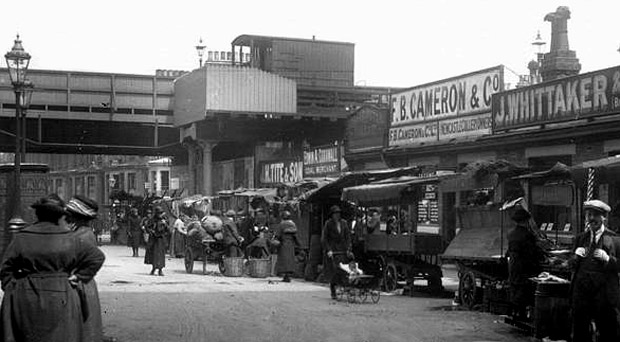 There’s been a busy street market in Pope’s Road, Brixton for over a hundred years, and although the market is still going strong, one part of the scene has vanished forever: the old coal staithes. 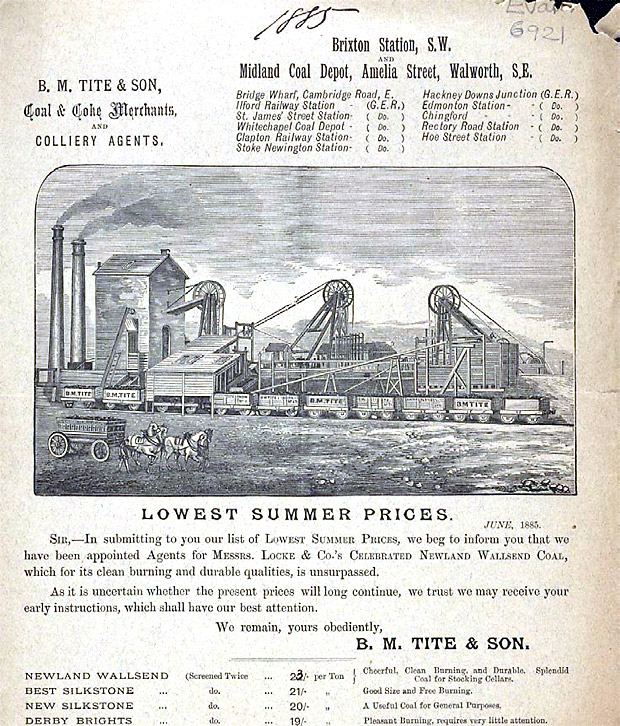 Coal staithes were used to deliver large quantities of coal by rail into the heart of Brixton for local distribution by horse and cart. Rail wagons would be shunted into the staithes, and the coal dropped directly into the storage area below.

In the 1925 scene at the top of the page, you can see a guard’s wagon standing on an elevated track next to the main Peckham railway line.  These would have been coupled at the end of the coal trains coming into Brixton.

To the right, you can see the frontages of the various coal merchants serving Brixton’s households and businesses, with the offices of B.M. Tite directly below the guard’s van. 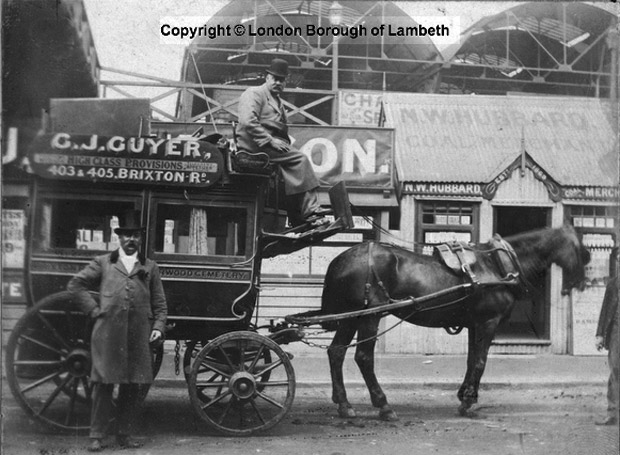 In this 1900 view, you can see a horse-drawn carriage with coachmen belonging to G.J.Guyer, Provision Merchant of 403-05 Brixton Road standing outside N. W. Hubbard’s coal merchant’s in Popes Road.

Behind and above the corrugated merchant’s building can be seen the elevated tracks for the coal wagons. 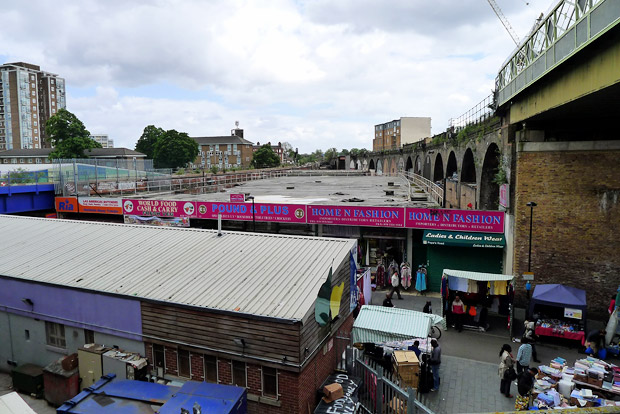 A modern view showing where the coal staithes used to be. The sidings branched off from where the tracks diverged (close to Valentia Place) and were supported on a timber platform. 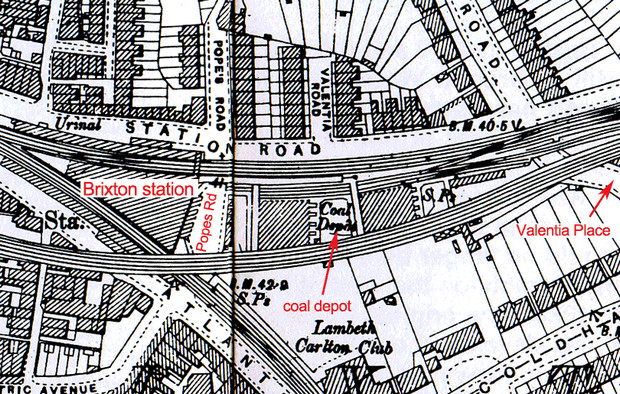 Also seen in the map is the long gone Lambeth Carlton Club and the rows of housing to the north of the station – these were swept away in the 1960s. 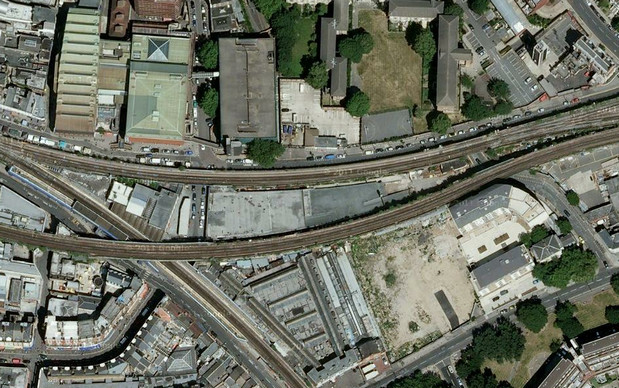 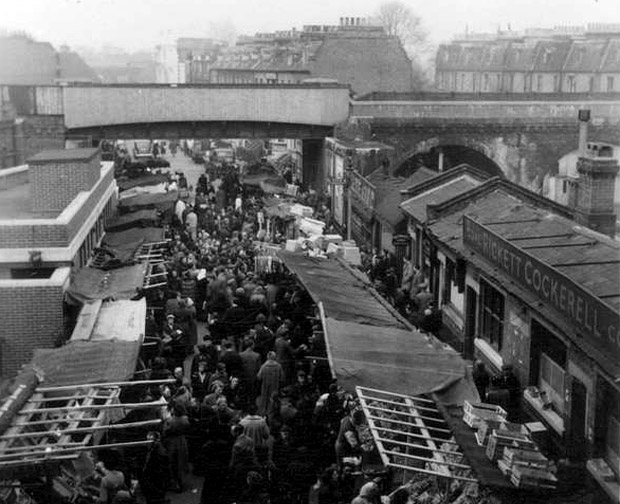 In this 1956 view showing a bustling Pope’s Road market, the coal depot seems to have been cut back or closed, with the elevated siding seen in the 1925 view now swept away. 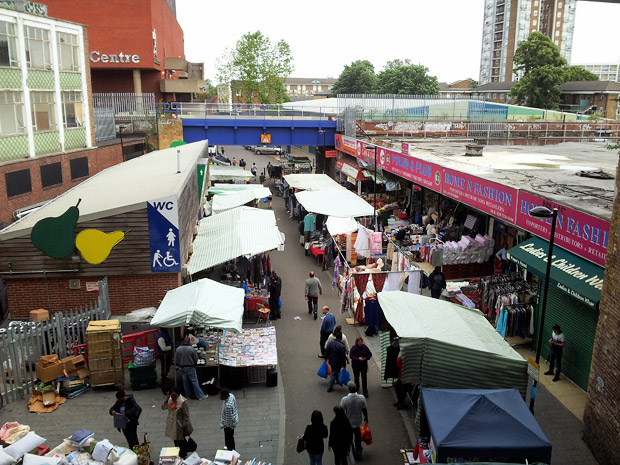 A modern view from a similar angle, with all signs of the coal merchants long gone.

The row of shops on the right more recently used to host a rather shabby KwikSave in the 1990s and before that a Tesco supermarket.

The toilet block on the left has been refurbished, while the houses to the right were first demolished to make way for a hideous car park,  which was in turn demolished in 2011 and replaced by a temporary ice rink.