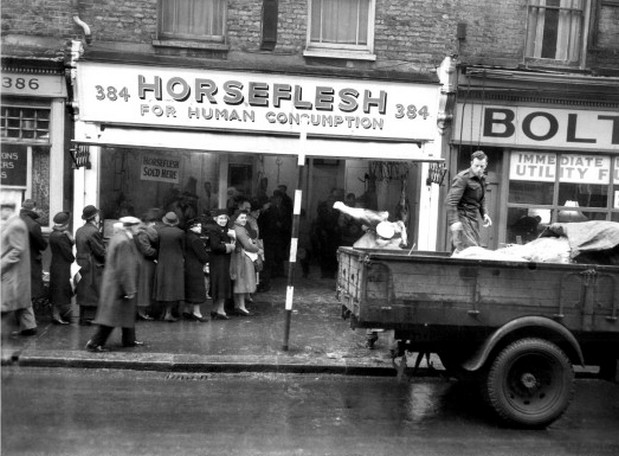 The photo was taken on January 11th 1947 when post-war food rationing was still in full effect, and according to Budgie Byrne, the meat was on sale in Brixton for many years:

Used to be able to buy Horse Meat in Brixton Market in the 50’s and 60’s. I remember my grandmother buying chunks of it and cooking it up for her dog. Was a staple in some areas during the war. Have had Horse meat steaks in France, rather nice.

Horse meat is of course still widely available in many UK supermarkets, although these days they like to call it ‘beef’  🙂 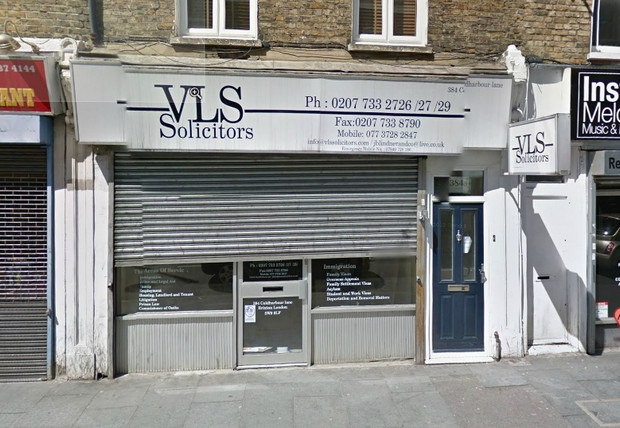 [Credits: Archive photo from TopFoto/The Image Works, ETPM 0013957, and thanks to Siren Of Brixton for finding the story]

11 Comments on “Queueing for horsemeat on Coldharbour Lane, Brixton at the Horse Flesh shop”