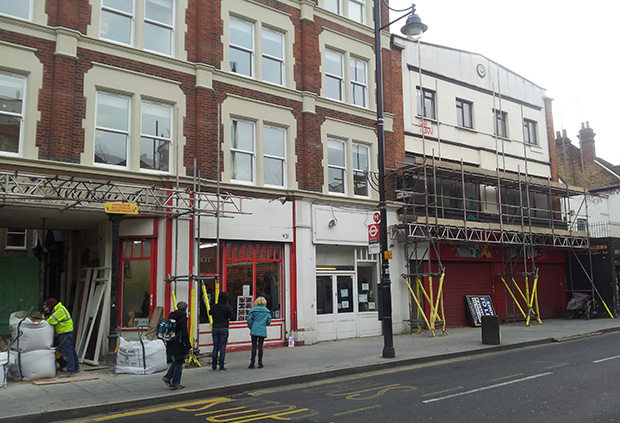 While the eastern end of Coldharbour Lane has seen multiple pub closures and the inevitable growth of supermarkets, the Brixton end has generally prospered and kept most of its independent shops.

However, that looks likely to change as Tesco are now rumoured to be opening up yet another supermarket on the site of the old Brixton Co-op bike shop, opposite the Prince Albert pub. 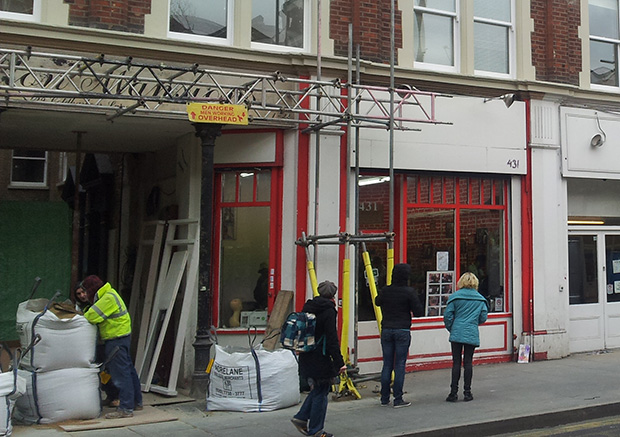 If it is indeed a Tesco opening up, it will certainly prove handy for the new residents of the adjacent Clifton Mansions, an upmarket gated development by uber-rich property developers Lexadon.

Once home to a thriving  arts community and one of the oldest squats in Brixton, the entire building was evicted in July 2011  after a particularly grim eviction party. 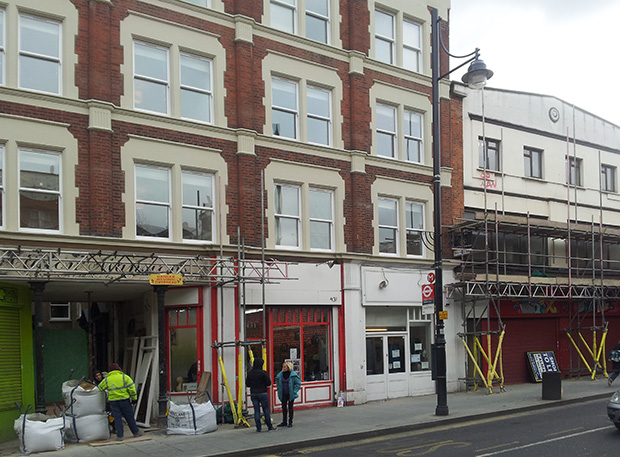 As work continues apace on refurbishing  the old squats, Lexadon are keen to use the building’s ‘edgy’ past to help flog it to potential purchasers:

Clifton Mansions were originally built in 1896 as housing for workers at the nearby Brixton Theatre (now the Ritzy Cinema).

The residential property had been famously squatted in the early 1990’s for 10 years and was home to Turner Prize-winning artist Jeremy Deller and folk-punk band The Pogues. All now vacant, substantial refurbishment is now underway to comprise 22 self-contained apartments and 4 commercial units. The apartments will keep most of the original features set around the ultra-modern high-specification kitchens and bathrooms.

Got something to say about this?
Add your comments below, or join the lively discussion thread on urban75.