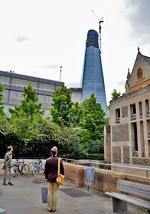 I’ve been watching the slow but steady rise of The Shard with keen interest, first documenting the skyscraper when I caught glimpse of its central core rising over London Bridge in September 2010.

Since then, I’ve photographed the tower from both close up and as far away as Nunhead and captured some of the construction work close up.

I was even interviewed on BBC News about The Shard, and proved good value when I channelled all my vast architectural expertise to inform the watching public that the tallest skyscraper in Europe will in fact prove to be “a landmark.”

If any other parties need the bleedin’ obvious stated on TV, please contact my agent through the usual channels.

Anyway, back to The Shard. I was taken by this guy standing upright, carefully examining the tower in some detail.

I think it makes a rather nice photo, so scroll down for a larger version, and to see some updated shots of the nearly-complete tower. 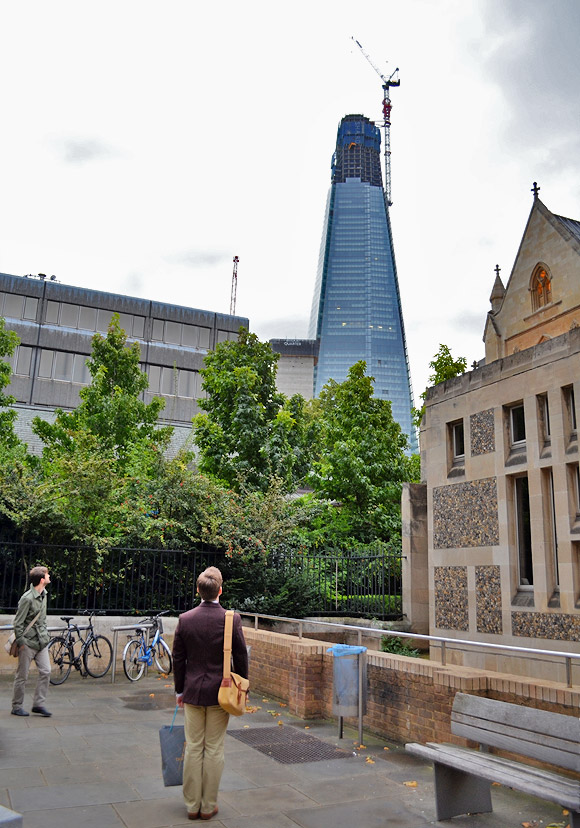 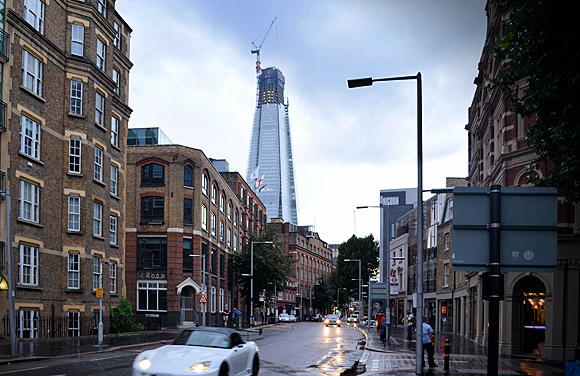 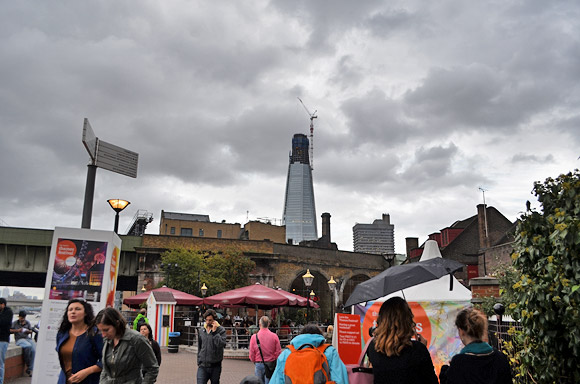 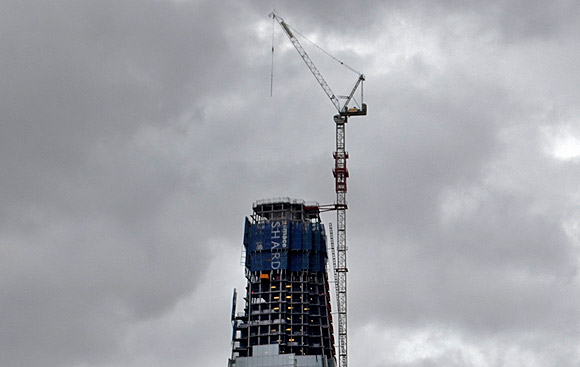