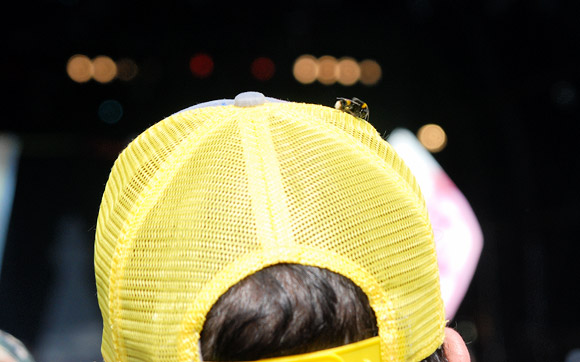 I thought I’d share this photo with you from the rainy, sludgy mudfest that was Glastonbury 2007.

With the sun briefly coming out during the Super Furry Animals set, I noticed a little bumblebee settling down on this guy’s hat.

The bee spent quite a while scurrying around the hat in its fruitless quest to find some pollen, before giving up and flying off away from the stage. 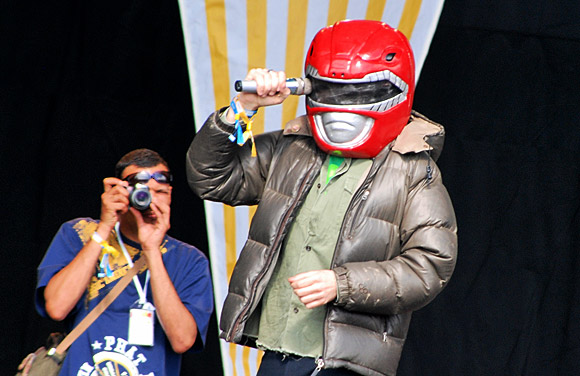 While the bee was doing its thing, Gruff Rhys was doing his thing too, strutting around the stage with a fabulously odd helmet. 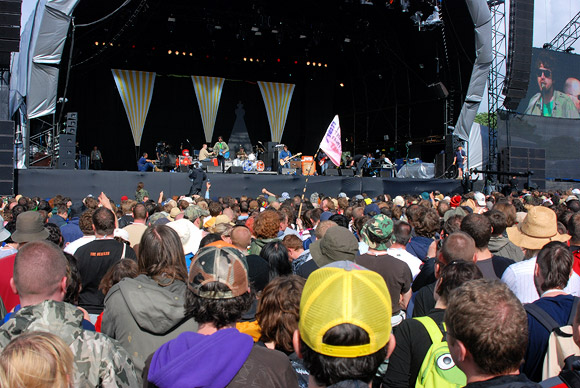 [See more photos of the mud, the dirt and the filth that was Glastonbury 2007]