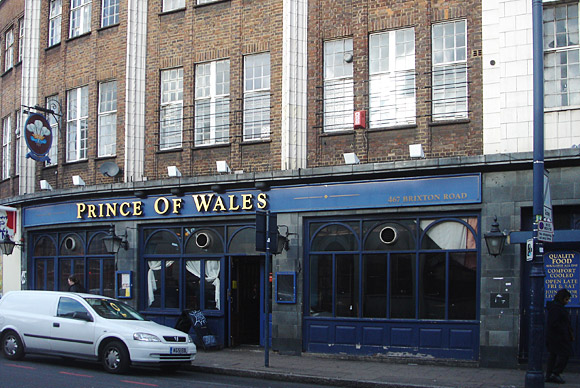 Word is that the Prince of Wales pub has most definitely closed and all the fittings are now being taken out, so it’s unlikely to be a pub again for some time. I’ve no idea what’s happening to the Dex club upstairs, but I’ve heard that it’s a goner too.

The pub suddenly closed at the end of October last year for a couple of weeks, before reopening in a somewhat reduced capacity, with a later 5pm opening, no card payments and only a few beers on tap.

I don’t like to see any pub close, but have to say that I never much liked the Prince of Wales and it was an awful venue for bands downstairs – bands would play on a lower level than the crowd who, not seeing the band, would just talk and shout over the music.

Having the toilets right by stage wasn’t the greatest idea either as bands would have to put up with people walking right across their space.

As a bar it was alright but I never really liked the layout of the place, although it was good for meetings in the day (even if the wi-fi was time-limited and dependant on you buying a drink first).

The Dex club upstairs had a lovely 1930s curved bar and bags of potential but the one time another promoter and I went there to talk about putting on some club nights we were very shabbily treated indeed so didn’t bother coming back.

The place still has great possibilities: the location is perfect and it’s certainly big enough so it would be a real shame if the pub has indeed gone for good – especially coming so soon after another central Brixton pub closed: Remembering the Rest Is Noise pub.

Update 19th March 2011: the pub reopened last night but it still doesn’t feel like there’s any long term plans for the place to reopen properly as a pub. Perhaps someone involved could do something crazy and keep the public informed?

[Discuss the pub on our boards]

A night at the 414 Club in Coldharbour Lane, Brixton