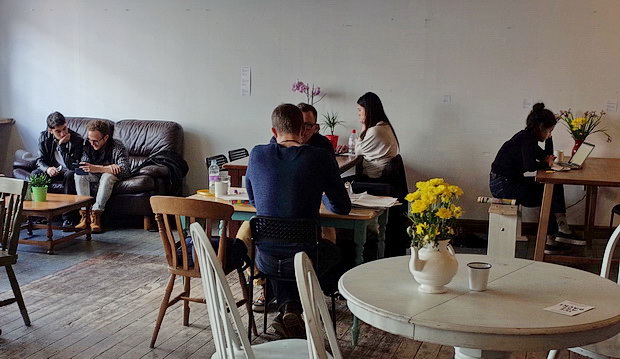 I’m really saddened to learn that The Old Cafe in Soho will be booted out of their premises on Charing Cross Road on Monday, 4th May. 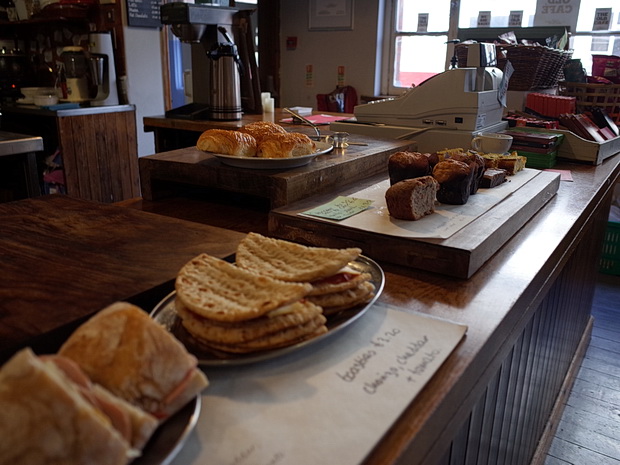 The independent cafe was trading in the former Ray’s Jazz Cafe space after the Foyles bookstore moved their flagship store a few metres down Charing Cross Road. 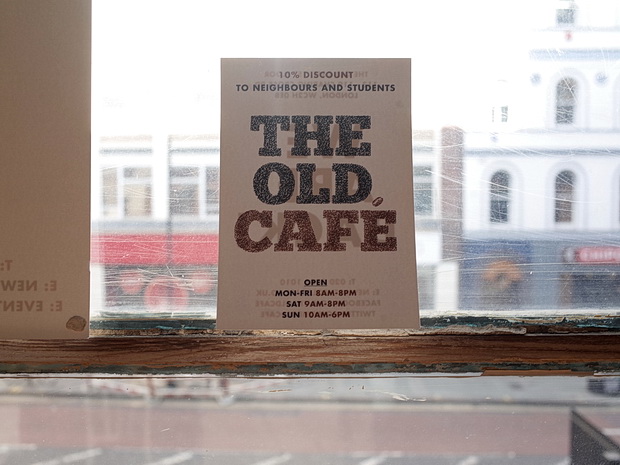 The cafe swiftly became our favourite Soho hangout, offering a friendly, laid back vibe, without any of that awful corporate gloss. 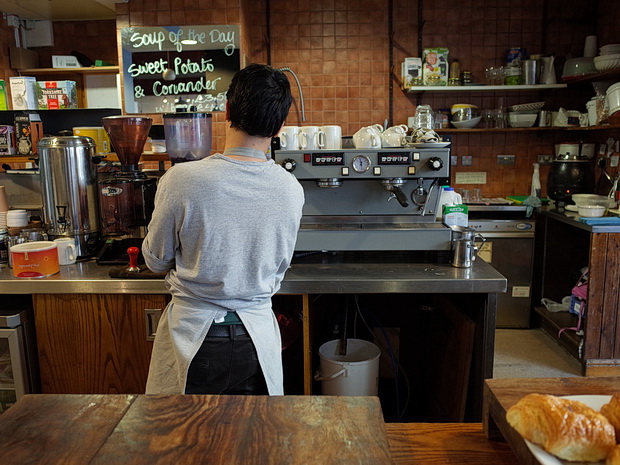 The business was given their orders to leave after a theatre company took over the premises. A post on their Facebook page reflected their desperation:

We are still looking for a new home… Anyone who can help, please get in touch. We are finding it impossible to negotiate with landlords or new tenants and it seems that unless a miracle happens, we will have to be out by May 3rd…..we are very sad and very sorry. 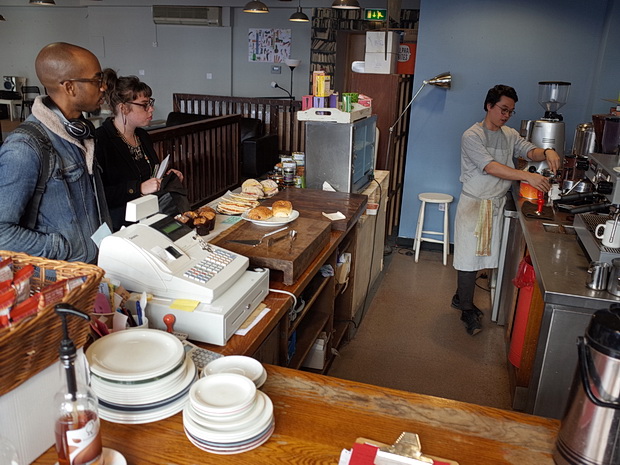 The cafe learned of its fate on April 14th, and posted this up:

Sad news. For those of you who have not been in recently, we regret to inform you that we are being kicked out so that You Me Bum Bum Train can set up camp in the old Foyles building. Planning permission for change of use has not been granted yet, however that is not stopping the landlord from kicking us out so that YMBBT (You Me Bum Bum Train) can move in.

What will happen if planning permission is not granted? Will we be allowed back? Nobody knows. We have tried to contact YMBBT in the hope that they will allow us to stay! however despite several emails! no response.

We are very saddened by this turn of events. There are quite a few small businesses in the building at present, all trying to earn a living. Artists and charities too….. All being asked to leave for a not for profit theatre production.

Please pop into the cafe over the next week and leave us your email address so we can keep you updated. Also, please contact us if you think you can help, or know of a new home for us.

We are very sorry for this news, we invested a lot to move back Into the space after having to leave last year. We were very much looking forward to remaining at least until the end of the year. Please let us (or others) have your thoughts. Best wishes, the old cafe 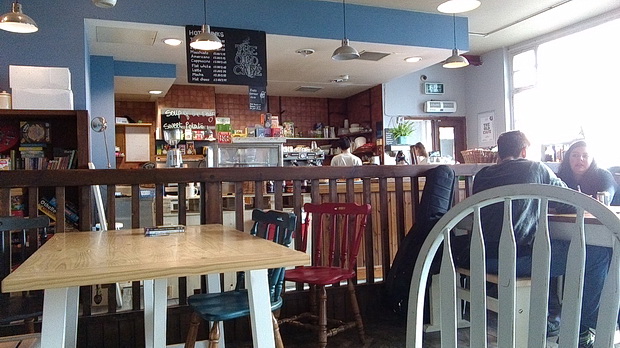 A last-chance petition was put together but that seemed to have little impact, with the theatre group refusing to engage with the cafe.

Notably, none of the performers taking part in YMBBT get paid, so there’s another reason to boycott the show and the company behind it. Feel free to drop them a line with your thoughts on Twitter – @thebumbumtrain.  We have.

Why are you refusing to negotiate with the Old Cafe? Why are you kicking them out? Shameful. @TheBumBumTrain http://t.co/SCMwZwGJfD 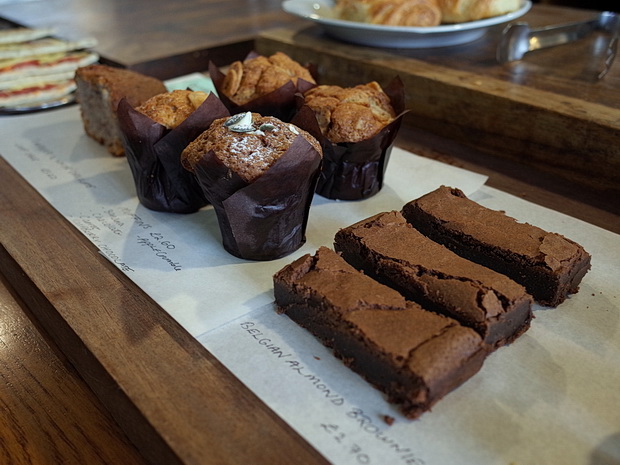 The performers’ union Equity is considering taking legal action against the company’s two artistic directors, Kate Bond and Morgan Lloyd, on the grounds that none of the small army of actors and crew involved in the show – which costs £20 a ticket – gets paid. According to a spokesman, Equity has repeatedly contacted the directors following a complaint from a union member, but has not received a satisfactory response. So the union is seeking advice about whether it has a legal case to bring against You Me Bum Bum Train for failing to pay professional performers the minimum wage.

“We are frustrated that the production company will not enter into meaningful dialogue with us about paying performers,” the spokesman said in a statement. “We believe the performers, most of whom are professional, should be paid. We also feel that as a publicly funded organisation they have a responsibility to treat their performers fairly.” 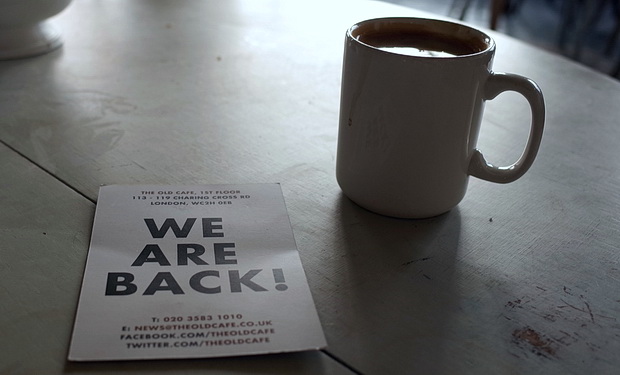 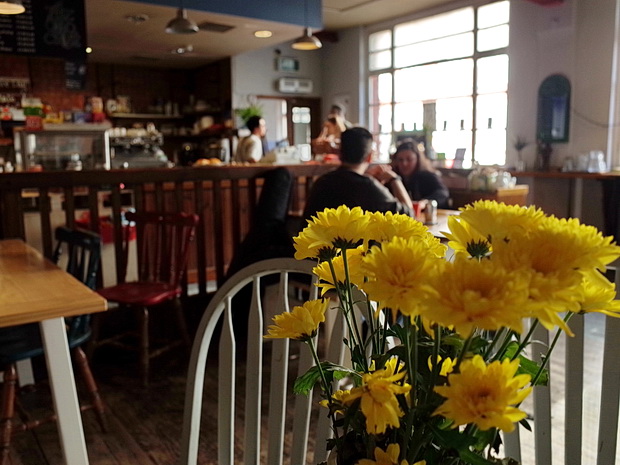 Check their Facebook page for opening times, but they usually open at 8am and close at 8pm in the week with some later events. If nothing changes, they will be closing on Monday 4th May. They currently have no alternative premises to move in to.

A fantastic cafe for central London: The Old Cafe takes over Ray’s Jazz in the former Foyles store

Foyles: the new flagship store opens as we reflect on the chaotic years and the famous shoplifters